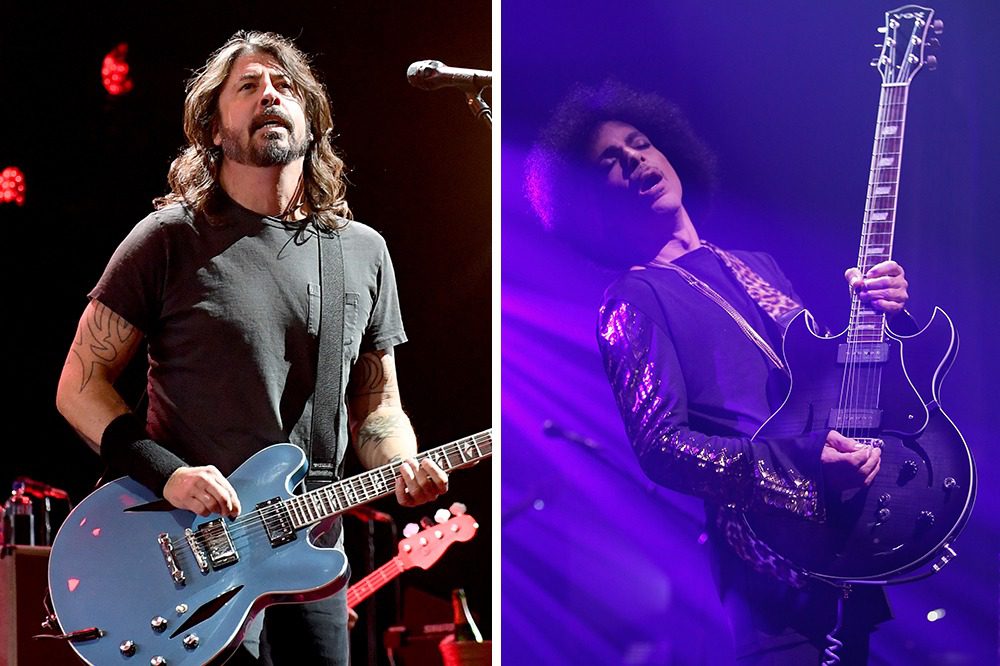 For someone who’s been playing for as long as Dave Grohl has, it’s not surprising that he’s got a lot of tales to share including a wild one with Pantera. And his latest Dave’s True Stories post earlier this morning (April 7), the Foo Fighters leader unveiled that time he jammed out with Prince back in 2011 — a “rock’n’roll fantasy” was fully realized.

“It was a proposition that I had wished for my entire adult life,” he wrote, “but never in my wildest dreams imagined possible. Jam. With. Prince. Absolutely unfathomable. That’s like dancing with Fred Astaire! Baking with Betty Crocker! Bong hits with Bob Marley! This man was a musical deity!”

Grohl admitted that he initially declined the opportunity to play with Prince at one of his Forum gigs in Los Angeles. But when he was asked to join Prince for a pre-show soundcheck the next week, there was no way he could refuse.

Instead of grabbing a guitar, Grohl was directed to the drumkit and “started playing a groove, nothing fancy, but digging in to find my bearings on this behemoth wall of drums” that Prince’s drummer provided.

“Prince watched, inspecting me with a grin,” he wrote. “He motioned to his bass player to hand over the instrument… strapped it on, and proceeded to decimate the damn thing with the smoothest, funkiest, fastest, most graceful playing I have ever seen to this day.”

Grohl revealed that Prince, at one point, played “Whole Lotta Love” and said, “Let me tell you, folks: I don’t have arms full of [Led] Zeppelin tattoos for nothing. This was the universe folding into itself right before my eyes!!! Prince was gleefully tearing open my rib cage and diving into my motherfucking soul, y’all!”

Read the complete story from Dave’s True Stories below: