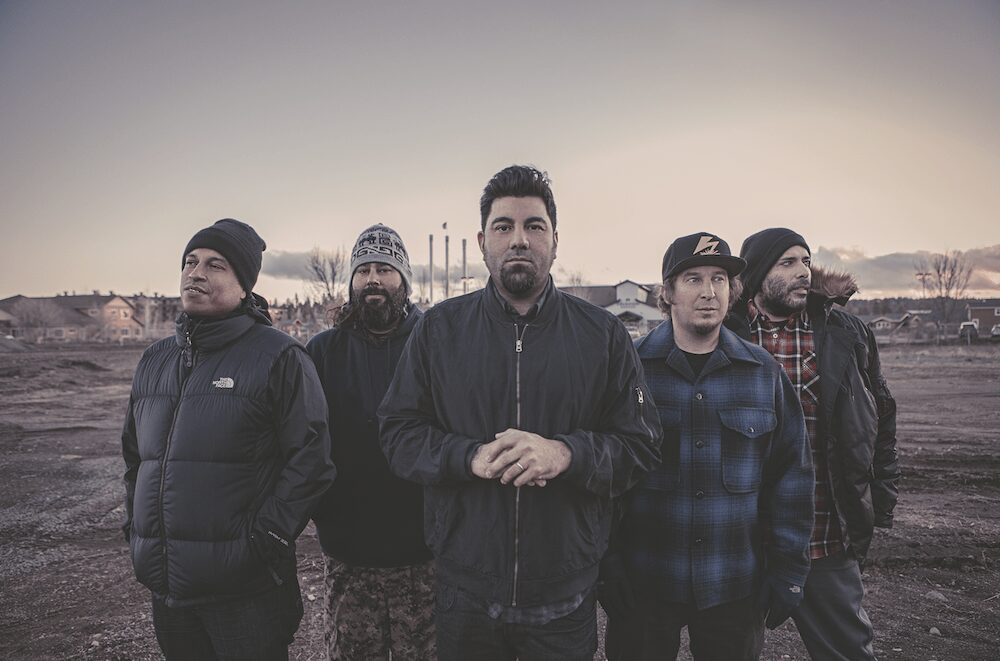 Instagram Live has been the preferred medium of artists during quarantine. They’ve performed, yammered and everything in between. Thankfully for Deftones fans, that in-between now includes sharing new music — or at least a taste of it.

In a livestream, Deftones drummer Abe Cunningham previewed a very brief snippet of (unsurprisingly) some crunchy riffs from a new song. Cunningham was hanging (virtually) with keyboardist/turntablist Frank Delgado the 45-minute Instagram session and when the riff was played, Cunningham said (wisely): “Oh shit, that’s our new shit!… I better stop that before I get in trouble.” It happens at the midpoint of the livestream (around the 23-minute mark).

It’s probably too late for that, but it was enough to give fans a glimpse of what’s to come from what would be the band’s first new album since 2016’s Gore.

You can check out the snippet below.

Deftones are supposed to hit the road this summer but that’s likely in question due to the coronavirus pandemic. The band canceled their shows in Australia and New Zealand due to the outbreak.

If you want to check out the livestream where the new song was played, you can catch the whole thing below.