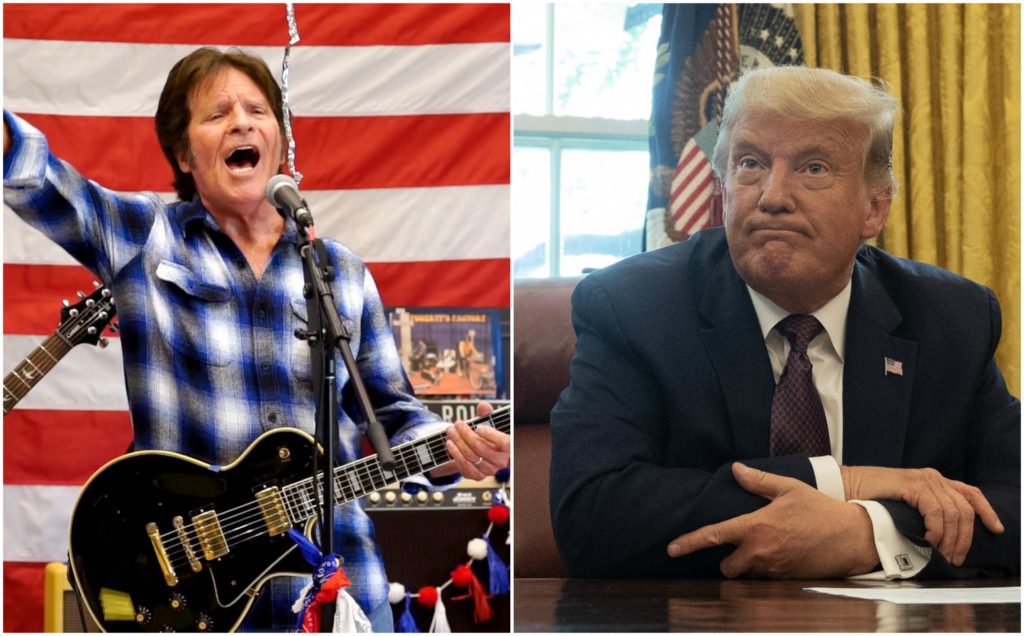 In what should come as no surprise to anyone, John Fogerty has denounced the Trump campaign for playing Creedence Clearwater Revival’s “Fortunate Son” ahead of a rally in Michigan on Thursday.

Fogerty posted on a video on Facebook where he said he found Trump’s use of the song to be “confounding to say the least” and went on to explain the song’s 1969 origins from the Vietnam War.

“By the time I wrote the song, I had already been drafted and served in the military,” he said. “I’ve been a lifelong supporter of our guys and gals in the military.”

He went on to talk about the draft, which was around back then, and said how it upset him how “people of privilege — rich people” could avoid the draft could use that to avoid having to serve in the military.

“I found that very upsetting that such a thing could occur and that’s why I wrote ‘Fortunate Son,’” he said.

Fogerty went on to recite the opening lines of the song (“Some folks are born made to wave the flag, ooh their red, white and blue/But when the band plays ‘Hail to the Chief,’ they point the cannon at you”) and said it’s what happened exactly in Lafayette Park — referring to Trump clearing the way for a photo op in front of a Washington, D.C. church.

“It’s a song I could have written now,” Fogerty continued. “And so I find it confusing, I would say, that the president has chosen to use my song for his political rallies, when in fact it seems like he is probably the fortunate son.”

The meaning behind the song “Fortunate Son,” in John’s own words. You can watch the video of John jamming to a new…

Fogerty joins a lengthy list of musicians who have denounced Trump’s use of their songs. Recently, Eric Burdon said Trump playing the Animals version of “House of the Rising Sun” fit him “so perfectly.” Neil Young sued the Trump campaign for playing a pair of his songs before a rally in South Dakota and the Rolling Stones threatened legal action as well. Tom Petty’s estate and the Village People also denounced Trump’s playing of their music.