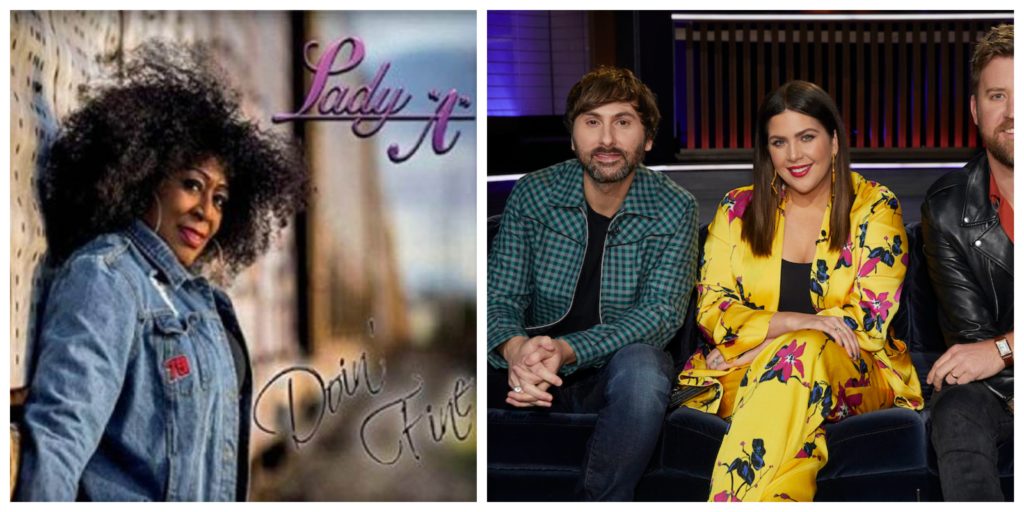 Anita “Lady A” White has filed a trademark infringement lawsuit against Lady A, the band formerly known as Lady Antebellum.

According to the suit which was filed in U.S. District Court’s Western District of Washington and obtained by SPIN, White says she has “nationwide common law rights in the trademark LADY A in connection with music and entertainment services in the nature of musical performances.”

She also says that her ownership of the Lady A name predates the band’s attempts to use it.

Following the band’s name change and White pointing out that she uses the name professionally, the two parties had a conversation about the name’s usage and all seemed well.

Following the conversation, White claims there was no agreement reached over the band’s use of her name and that “parties were unable to reach a resolution, but that did not stop Defendants from promptly sending Ms. White a draft agreement.”

White alleges that through her pro bono attorney, she tried to negotiate “an amicable resolution with the band” and the “possibility of Lady Antebellum promoting Ms. White’s work, or even collaborating on a song, in exchange for coexistence.” Under that agreement, White would have given up her name without receiving compensation.
The suit further alleges that “Those seeking Ms. White’s music in online market places and on social media are now diverted to content from Lady Antebellum under an identical mark, thereby causing initial interest confusion.”

White has used the name Lady A for over 30 years. Following George Floyd’s death in May, the band changed its name to Lady A seeking to disassociate from its slavery connotation.

In July, Lady A filed a declaratory judgment lawsuit against White in U.S. District Court for the Middle District of Tennessee which was obtained by SPIN. Lady A, the band, asked for a judgment declaring that their use of the Lady A trademark does not infringe White’s use. Lady A also alleged in the suit that White is attempting “to enforce purported trademarks rights in a mark that Plaintiffs have held for more than a decade.”

That suit further stated that the band isn’t seeking any monetary compensation, but say that White’s team is seeking a $10 million payment to use the Lady A name.

White seeks an undisclosed figure for compensatory damages, a “reasonable” royalty fee for music sales and performances under the Lady A mark.

A rep for the band did not immediately respond to SPIN’s request for comment.

Pamela Chelin contributed to this report.

When Pearl Jam released their 11th studio album, Gigaton, last March, there was no way of knowing just how bad the pandemic was going to be. They performed its single, “Dance of the Clairvoyants,” at a virtual COVID-19 fundraiser, but like so many other bands weren’t able to play new material in front of an […]

The Smashing Pumpkins made their return to the stage in their hometown of Chicago Friday night as a Riot Fest 2021 headliner. The set marked their first full concert since August 2019, and in addition to live-debuting a few songs from their latest album CYR (“The Colour of Love,” “Ramona” and “Wyttch”), Billy Corgan and company also […]

Taylor Swift has been re-recording her entire catalog this year, and the newest is interrupting the chronological order of her album releases. Swift just dropped “Wildest Dreams (Taylor’s Version)” because she noticed the track has been recently trending on TikTok. “Hi!” she wrote on Instagram and Twitter. “Saw you guys got Wildest Dreams trending on […]