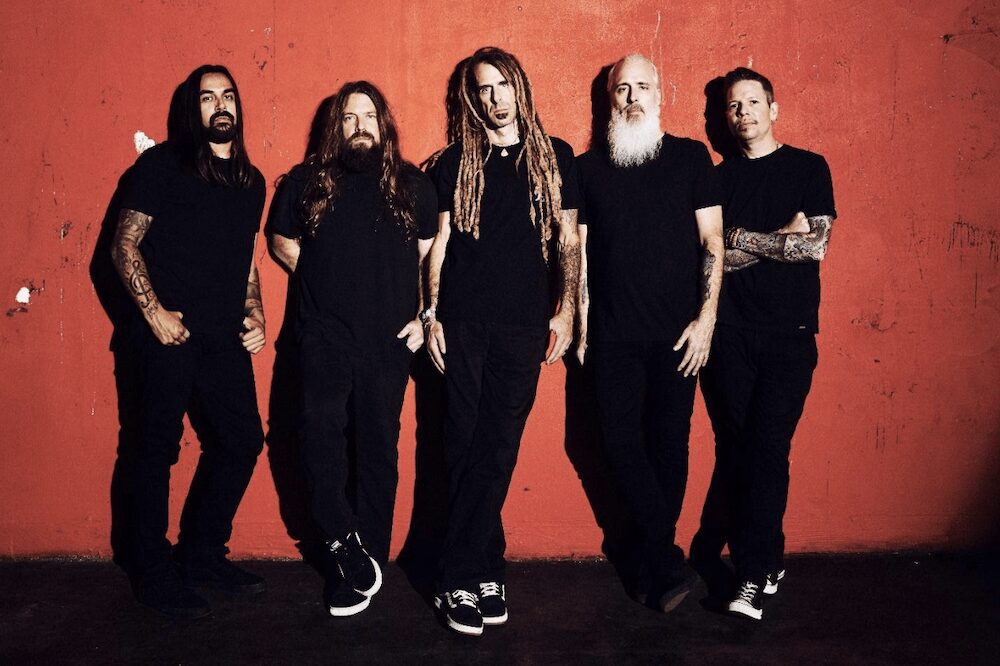 A few days after announcing they’re bumping back their album release, Lamb of God have shared a new song — which they promised to do.

“New Colossal Hate” is another heavy new song from the band with monster riffs, pulsating drums and Randy Blythe’s guttural vocals — and is one of the first that they wrote in the sessions leading up to their self-titled sixth album.

“’New Colossal Hate’ came out of our very first writing session in Maine. Mark, our producer Josh Wilbur and I were at a super cool studio in South Windham called Halo. An absolutely beautiful spot run by some of the best people I’ve ever met. I’m pretty sure ‘New Colossal Hate’ grew from a few different demos I had. You know, like parts of car. However, as it started to take shape, it quickly became my favorite song on the record. Please enjoy this banger of a tune. It holds a very special place in my heart,” Lamb of God guitarist Willie Adler said in a release.

Lamb of God’s self-titled album is their first release in five years. So far, Lamb of God has shared “Memento Mori” from the album.

Listen to “New Colossal Hate” below: