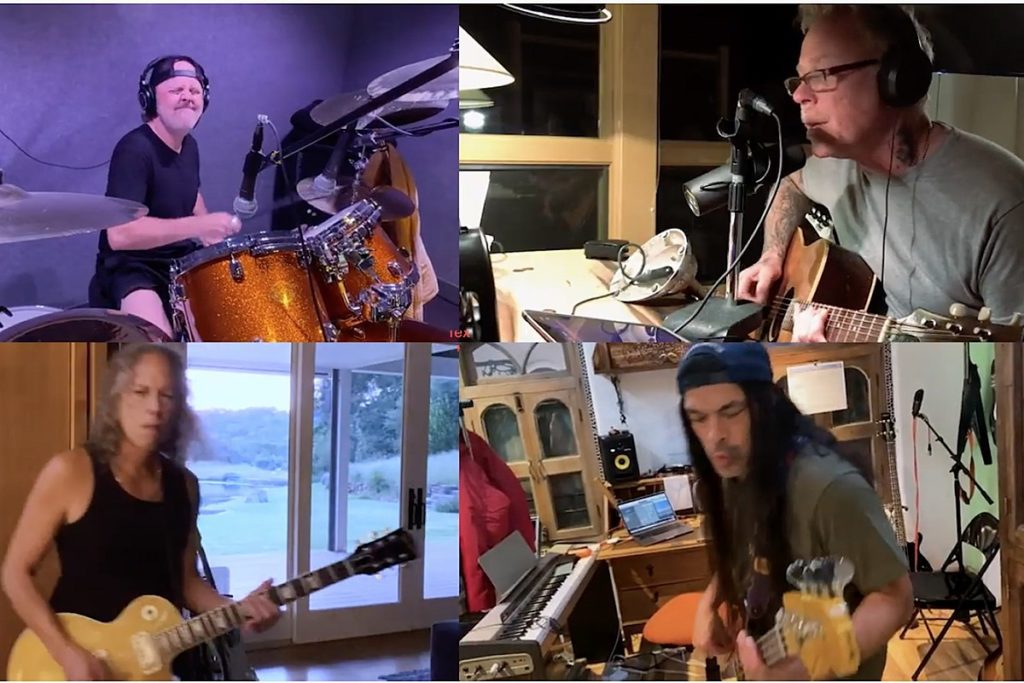 Lars Ulrich suggested recently that Metallica could record an album while in quarantine — and it looks like he isn’t lying.

On Friday, Metallica didn’t exactly share a new song, but they did release a new version of “Blackened” that they cooked up in quarantine

In the caption for the clip, Metallica wrote: “Here’s a little something we cooked up over the last few days. Hope you’re all safe & sound. Have a great weekend.”

Metallica are one of the many bands who have had to change tour plans due to the COVID-19 pandemic. They are still (as of now) slated to hit South America later this year with Greta Van Fleet.

They’ve been releasing shows from their archives every Monday, aptly titled #MetallicaMondays. This week’s edition went way back into the VHS era for a show from Michigan from 1991. They’ve also donated $350,000 toward COVID-19 relief efforts.

Check out the new version of “Blackened,” which was originally on …And Justice for All, below: