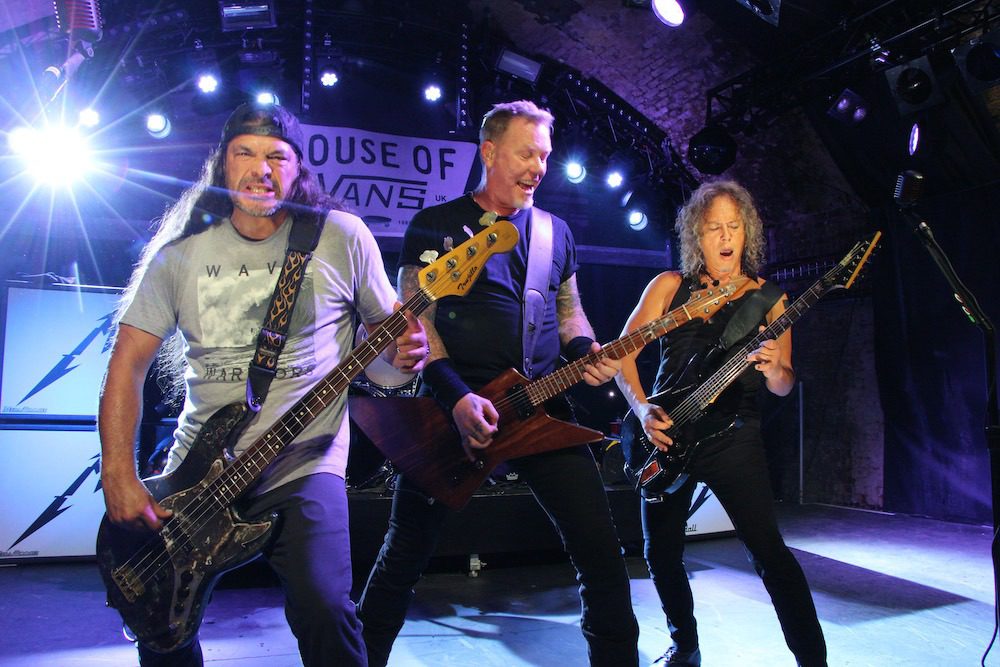 Last week, Metallica went way back into their VHS era to stream a show from Michigan from 1991. This week, the band is showing something far more recent.

As they were in the midst of promoting Hardwired…to Self-Destruct, the group played a string of small club shows ahead of its November 2016 release. One of those was in London — and it’s the show that the band will stream.

Also released as a limited edition vinyl, the show billed as Live From the House of Vans, was the second of two nights in the city and the sweaty club show harkened back to their very early years.

Watch below when the time comes.