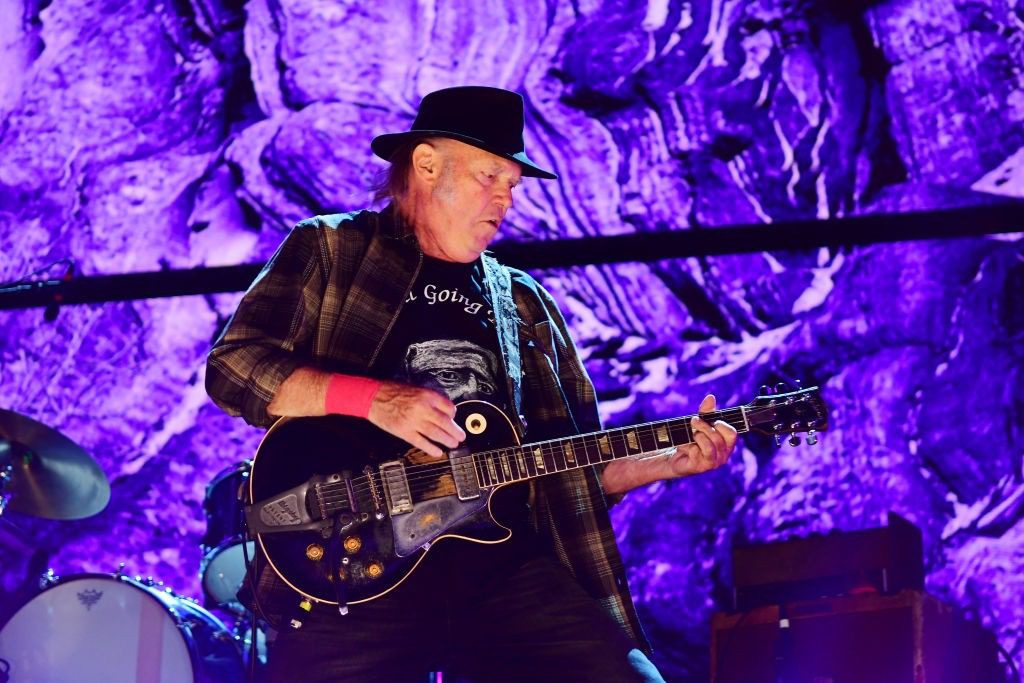 Following a short lag due to Daryl Hannah’s illness, Neil Young shared his third Fireside Sessions livestream from his home in Telluride, Colorado.

The latest Fireside Sessions was the longest to date, running just over 29 minutes. Opening the set outdoors with a beautiful sunset in the background, Young performed “New Mama” before moving indoors to his piano for “See the Sky About to Rain” from 1974’s On the Beach and is interrupted by his dog in the interlude.

“We’re just giving you some music here,” Young said during an interlude. “Just keep rollin’ down the road.”

Though the set didn’t have nearly as many rarities as the previous sessions (songs like “I Am a Child” and “Helpless” have shown up in sets in recent years), it did have some surprises. Though he played it with Promise of the Real last year, Young’s delicately haunting version of “Throw Your Hatred Down” had a more vulnerable feel than when it was performed with fury on Mirror Ball with Pearl Jam serving as his backing band. It was the first solo version of the song since 2006. “World on a String” was last played solo in 2009 before this version. He closed with “Already One” off Comes a Time.

“Our next fireside session is finally in the works and should be coming soon! There was a brief delay, as my lovely wife was ill for several days and had to isolate herself, even during our isolation,” Young wrote previously about the delay. “It proved particularily [sic] challenging on the food front, however, she recovered, all is well now and we’re back on track.”

He explained how his wife, Daryl Hannah, films, records and edits each session on her iPad, and then sends it out to a friend in town because their bandwidth is too low at home. “For this, the third session, the file will head to J. Hanlon so he can see if there is any way to adjust the sound and deal with our limited tech…. And then, we’ll stream it directly to you from [Neil Young Archives]!” Young promised. “We hope these Fireside Sessions bring you a bit of comfort, a chuckle, or a small respite during these strange times. Most importantly- We hope you feel the love!”

In his first two Fireside Sessions, Young busted out a number of rarities — and even instructed viewers to wash their hands.