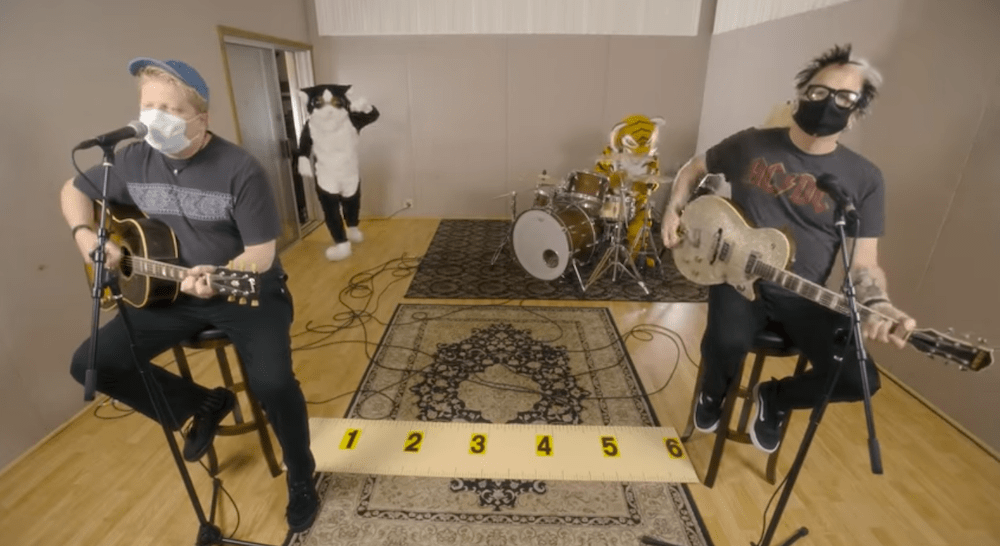 Though the hype has died down, Netflix’s Tiger King docuseries was one of the most talked-about things to come from the early stages of quarantine. Don’t believe us? Check Joe Exotic’s Spotify numbers.

Apparently The Offspring have sunk their collective teeth into the series as well (remember this is the song where Exotic accused and showed Carole Baskin feeding her ex to tigers). The Orange County-based punks, in fact, have taken to the series so much that they’ve offered a cover of “Here Kitty Kitty,” one of the more controversial songs (and moments for that matter) from it. In case you don’t remember, Joe Exotic didn’t even sing or write his own songs.

“Hey, Guys! Like many of you, we are going a little stir crazy these days and we wanted to do something fun to put a smile on our faces, and hopefully on some of yours too. This song, Here Kitty Kitty, was originally by the Clinton Johnson band, and *not* by anyone in that recent documentary we all got caught up in,” the band wrote on Instagram.

“The Offspring wives were group texting recently, and while they all agreed that they truly love their husbands, there are times when they’ve absolutely felt like feeding us to the tigers. In that spirit, we hope you enjoy this random song & video,” the caption continued.