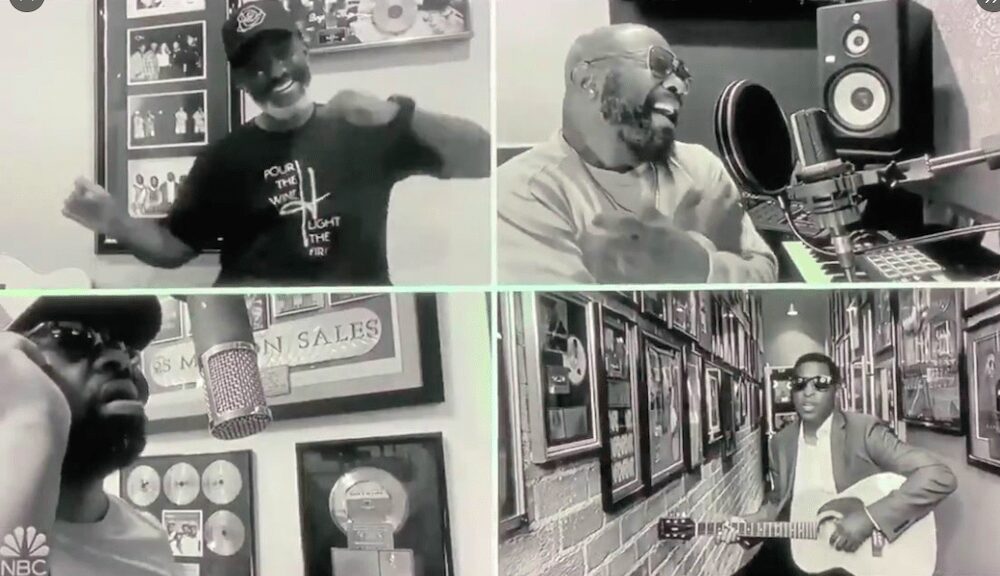 Boyz II Men were the musical guests on the Mother’s Day edition of SNL. The group, along with Babyface on guitar, performed “A Song for Mama” from 1997’s Evolution, and their performance was featured as a part of a montage of the castmembers’ photos with their mothers were spliced on screen.

It was the season finale for SNL and it was a strange backend to the season. It was the third “At Home” episode from quarantine which featured guests including Kristen Wiig, Alec Baldwin (as Donald Trump, of course), Martin Short, Josh Gad and Tina Fey. A special acknowledgement of Little Richard’s passing was made as well.

Previously, Miley Cyrus performed “Wish You Were Here” in front of a campfire.