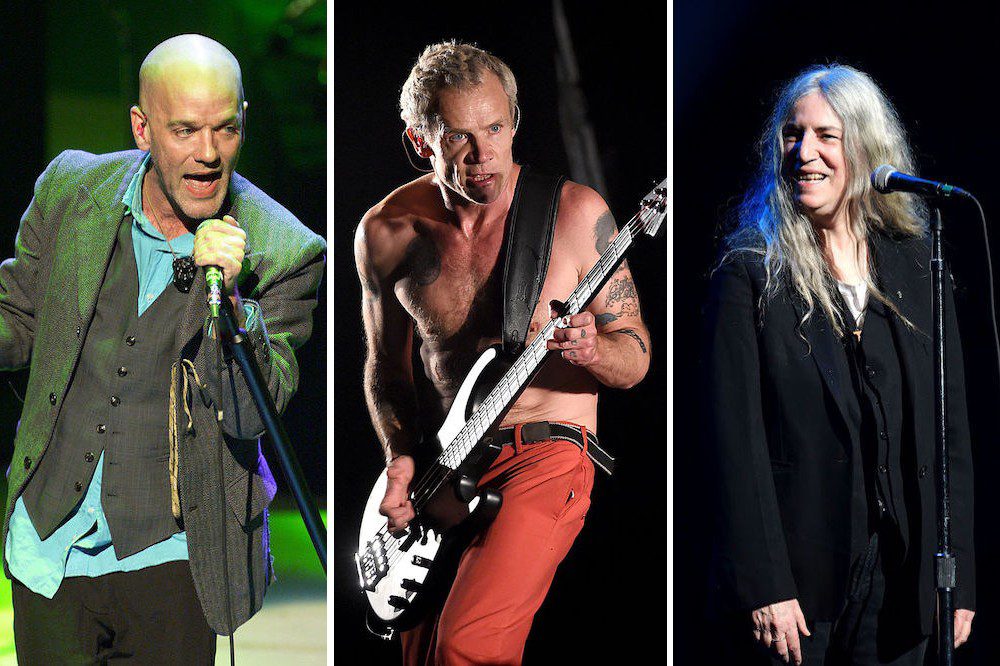 April 22 marked the 50th Earth Day, and to celebrate Pathway to Paris — a non-profit dedicated to finding solutions for climate change — is hosting a livestream festival. The concert consists of a star-studded lineup that includes R.E.M.’s Michael Stipe, Red Hot Chili Peppers’ Flea, Patti Smith, and more performing from the respective homes.

Pathway to Paris Earth Day 50: A Virtual Festival to Our Planet will airs today at 4 pm EST/1 pm PST on the Pathway to Paris Instagram account and will also include performances from Johnny Depp, Cat Power, Ben Harper, Rain Phoenix and Nikolai Fraiture of the Strokes.

“As humanity faces an unknown future, we must recognize the fact that we simply cannot go back to our behavior from before,” festival organizers wrote about the event. “Both as individuals and as a globe, we are in a time of reflection, and now, more than ever, we have the opportunity to make great change.”

“We believe this is truly the moment to seize the opportunity to transition our world fully to 100% renewable energy, and out of the era of fossil fuels,” they continued. “Examples of planetary healing taking place right now due to the decrease in human consumption like the canals of Venice becoming clear and repopulated with fish, cleaner air and major drops in air pollution levels, significant decrease in nitrogen dioxide, stalled emissions from airlines, transit, and other industrial giants has been so transformative for our world. Seeing these changes makes us truly realize the impact of humanity on our planet. Just as we have the power to cause problems, we have the same power to heal them. We can reimagine our world, and we are asking you to join us.”

All proceeds from Earth Day 50 will go toward Pathway to Paris initiatives.

We are so thrilled to announce the schedule for our first virtual festival in honor of the 50th anniversary of Earth Day! The concert will be happening tomorrow (Sunday) right here on Instagram Live – from 4pm EST – 8PM EST -New York City time – (we will follow the schedule as closely as possible, but the event will have its own wings ☺️🦋). We can’t wait to see you there on our @pathway2paris live feed. Have a beautiful day! 🌍 thank you again to @kinshipgoods for all of the beautiful graphics and poster . . #earthday50 #earthday2020 #earth50 #pathwaytoparis