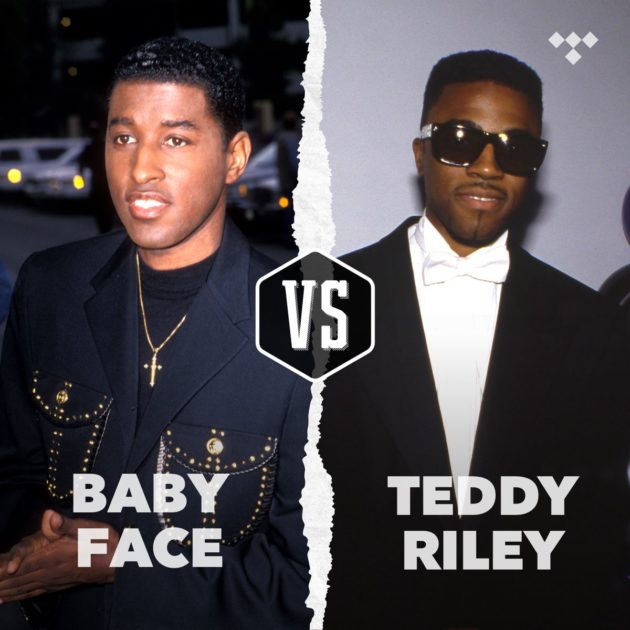 After a couple of setbacks, Babyface and Teddy Riley finally have their long-awaited Verzuz battle.

Initially scheduled for earlier this month (April 5), the battle was postponed due to Babyface’s illness of the Coronavirus. Fully recovered and well, Kenneth “Babyface” Edmonds went a few rounds with Teddy on Saturday (April 18), but the event ended early due to technical difficulties.

With no live streaming on sites, no band present, and no mics, the two legendary musicians went 20 rounds in front of over 500k viewers. In addition to their own performed classics, the two icons ran through their produced and written catalogs featuring classics by Guy, Bobby Brown, Blackstreet, Toni Braxton, TLC, Jay-Z, Keith Sweat, Tevin Campbell, Whitney Houston, Michael Jackson, and many more. Shortly after breaking the internet, and their session ended abruptly, TIDAL comes through with this evening’s playlist and a deluxe playlist as well.

Curated by previous contenders Swizz Beatz and Timbaland, Verzuz, has spawned other epic battles including Boi-1da vs Hit-Boy, The-Dream vs Sean Garrett, Ne-Yo vs. Johnta Austin, Mannie Fresh vs. Scott Storch, T-Pain vs. Lil Jon, and RZA vs DJ Premier.