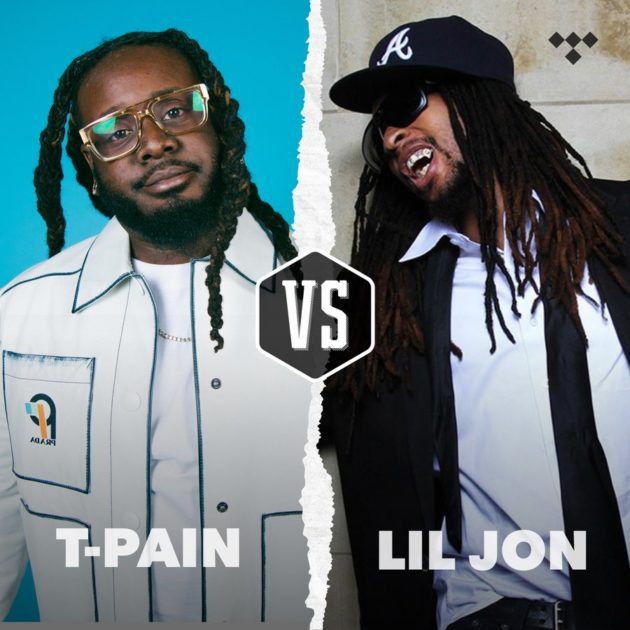 T-Pain gets his challenge. After initially being paired up to go head-to-toe with Scott Storch, the Tallahassee, Florida musician squares up with his more suitable contender Lil Jon for the latest beat battle. Okay!

Turning up on their Instagram Live accounts, Teddy Penderazdoun and the Crunk legend from The A went 20 rounds playing some of their most iconic produced records. Before logging off, Lil Jon previewed an upcoming record featuring himself, Usher and Ludacris, while T-Pain also debuted his new record with Chris Brown. Immediately following the battle from the South, Elliott Wilson rounds up the 40 hits played for this playlist on TIDAL. Yeah!

Curated by previous contenders Swizz Beatz and Timbaland, the virtual musical entertainment trend has spawned a series of other epic battles including Boi-1da vs Hit-Boy, The-Dream vs Sean Garrett, Ne-Yo vs. Johnta Austin, and Mannie Fresh vs. Scott Storch. Babyface vs. Teddy Riley coming soon. What?!?!