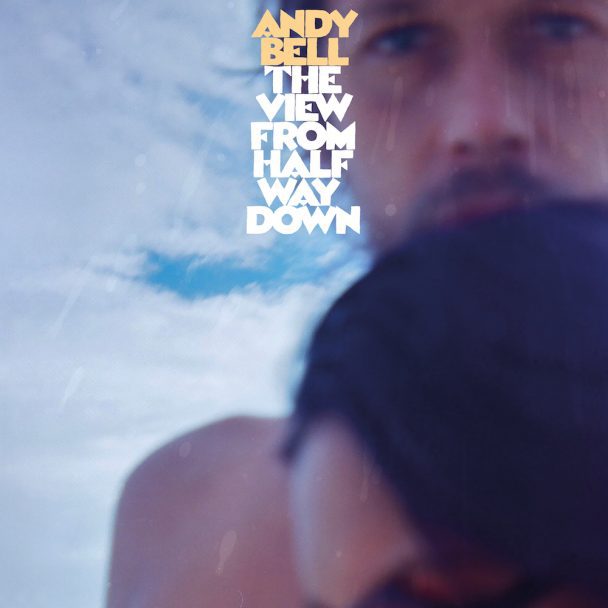 Andy Bell has had a long and rich career, from Ride to Oasis and, most recently, back to Ride. But while he’s also explored other projects on the side, he’s never released a full-fledged solo album. Now, on his 50th birthday, he’s announced his debut under his own name.

As it turns out, we might’ve gotten a hint of this last year, when Bell released the single “Plastic Bag” on Sonic Cathedral. His album, The View From Halfway Down, will also arrive via Sonic Cathedral at the beginning of October. Apparently it was a long time coming, with Bell commenting on how he’d always wanted to make a solo LP but had never quite gotten around to it. One turning point was David Bowie’s death in 2016, which convinced Bell to start sifting through all the musical ideas that had gotten lost along the way. He began working on it in the studio of his former Oasis/Beady Eye bandmate Gem Archer, but then got sidetracked when Ride’s reunion took off.

This, in some ways, also makes The View From Halfway Down just a bit of a quarantine album — it wasn’t until lockdown this year that Bell was able to return to the music and fully sculpt the album into its final form. The title is partially inspired by Alison Tafel’s poem in the penultimate episode of Bojack Horseman. Here’s what Bell had to say about it:

The poem describes someone committing suicide by jumping to their death and the regret the protagonist experiences when he sees “the view from halfway down.” Although, of course, it’s too late to change what’s going to happen. I read this poem as having a message of suicide prevention: If you could see the view from halfway down, you would never go through with anything that would end your life. I’ve never been suicidal, but I felt really moved by this brilliant poem when I watched the show during Ride’s US tour in Autumn 2019. It’s an incredible message.

There was a small kind of a parallel with me, sitting at home in London in March 2020. In the early stages of lockdown, you could feel the tension in the air, causing what felt like a global panic attack. But, in common with what I’ve heard from others who can experience anxiety for no reason in their everyday lives, I felt strangely calm in the midst of all of this, seeing things in my life very clearly. Such clarity allowed me to finally compile this record. In a way, to see my life flash before me and be able to curate moments of it into a 40-minute listening experience, then find a title that would fit. I also got a lot of DIY done.

My upcoming 50th brought everything more sharply into focus. If you imagine that my entire life was a freefall jump to my death, and you were feeling optimistic about me reaching 100 like my Gran did and getting a telegram from the Queen, this album would be “the view from halfway down.”

Along with the announcement, Bell has also shared lead single “Love Comes In Waves.” “For ages, all I had for this song’s lyrics was ‘Love comes in waves… give us a wave’ and a lot of ‘Aahs,’” he explained of the song. “At some point, having a lot of time on my hands during lockdown, I wondered whether I needed a bit more than this, and for some reason, I was ‘missing the feeling of connection,’ and found myself wanting ‘psychedelic raves, lost nights found in days of volume, fuzz, and delays.’ Can’t think why. Credit for the ‘psychedelic raves’ line has to go to Haai, who summed up her DJ-ing ethos as ‘I just want people to have a psychedelic rave.’ Which is something I want too, dammit.”

Musically, “Love Comes In Waves” almost feels more in line with the classic Ride aesthetic than anything on their reunion albums, but it also finds Bell turning that sound toward a different mood. The song is a trippy daydream, all flickering sunlight guitars rendered as a bright and persistent shimmer. It comes with a video directed by Chris Tomsett. Check it out below. 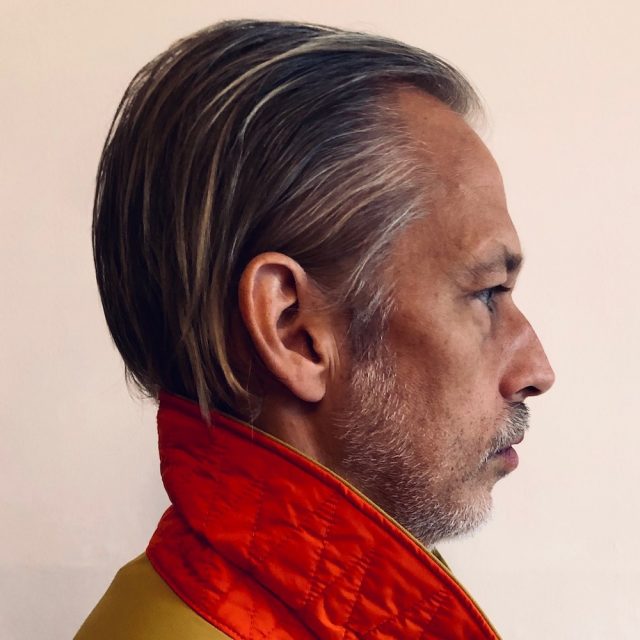 The View From Halfway Down is out 10/9 via Sonic Cathedral. Pre-order it here.