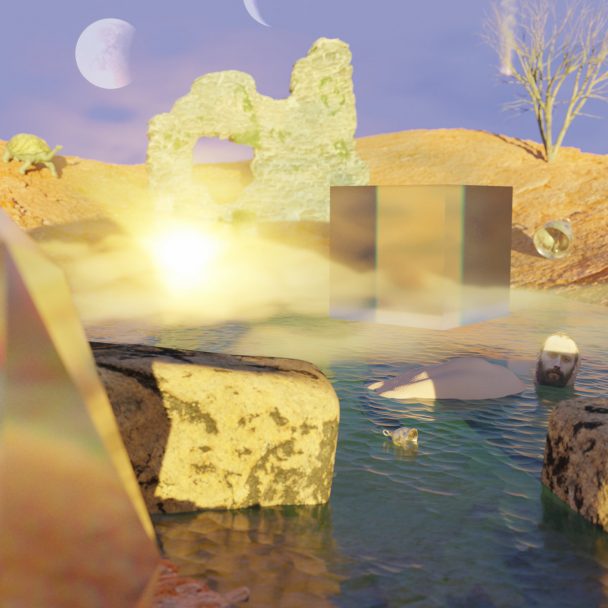 James Krivchenia is one fourth of Big Thief. He’s one of the best drummers working in indie rock right now, and he’s also a crucial part of a fundamentally tight unit. But Krivchenia also makes music on his own. His solo stuff sounds nothing like Big Thief, and it doesn’t involve drums. Instead, Krivchenia makes conceptual audio-collage ambient music, and he’s got a new album coming out.

Back in 2018, Krivchenia released no comment, an LP that he built by manipulating the background sounds of videos from gunfights around the world. Today, as The FADER reports, Krivchenia has announced another album, one that has a radically different idea at its core. On the forthcoming A New Found Relaxation, Krivchenia builds soundscapes out of things like spa radio and ASMR videos — the artificial things that we use to impose states of tranquility. The final tracks sound like new age, and they also sound like commentaries on new age. Below, listen to the early tracks “Temptation Reduced,” “The Eternal Spectator,” and “Touched By An Angel.”

On his Bandcamp page, Krivchenia writes:

I put together this record from a cache of 500 small fragments of mangled, smeared, manipulated, and artifacted “beauty,” achieved through hours of knob twisting, droning, web surfing, field recording and soaking. These were then meticulously assembled into a densely layered song / record format soaked in ear tickle and water. I wanted to make something that contained the seeds and quality of “relaxation” but was fast paced and hard to fully sink into….like these little glimpses of peace piled on top of each other…..like the world as I experience it much of the time.

A New Found Relaxation is out 6/26, and you can pre-order it at Bandcamp.