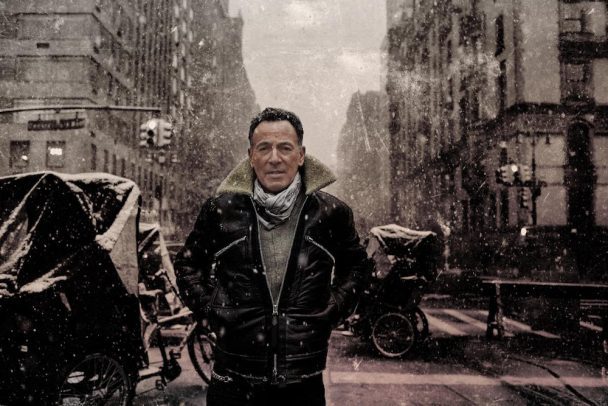 A couple of weeks ago, old god Bruce Springsteen announced that he’s got a new album called Letter To You ready to go. Springsteen recorded the LP with his E Street Band backing him up — his first time playing with them since their 2016 tour. Springsteen and his band bashed out the LP in a mere five days, and it features some new recordings of unreleased songs that they wrote back in the ’70s. The album will be out next month, so we won’t have to wait long. Springsteen already shared the album’s title track, and today, he lets loose with another one.

The song builds on the huge, overwhelming sound of classic E Steet Band records like Born To Run and Darkness On The Edge Of Town. They all sound older, of course, but you can still get goosebumps when those big, scream-along harmonies kick in. The song ends with a classic Springsteenian build-up climax, and it’s genuinely moving. Listen below.

In a press release, Springsteen says:

“Ghosts” is about the beauty and joy of being in a band and the pain of losing one another to illness and time. “Ghosts” tries to speak to the spirit of the music itself, something none of us owns but can only discover and share together. In the E Street Band, it resides in our collective soul, powered by the heart.