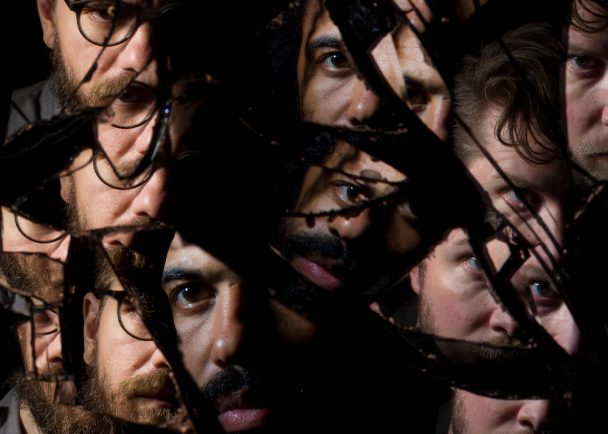 Next month, just in time for Halloween, the great avant-rap trio Clipping will come out with their new album Visions Of Bodies Being Burned. Like their previous LP, 2019’s There Existed An Addiction To Blood, the new album is inspired by both horror movies and the horrorcore rap of the ’90s. And judging by its first two singles, Clipping are getting really, really specific with their references to both.

Last month, Clipping shared the early single “Say The Name,” which heavily referenced the 1992 horror classic Candyman and which interpolated the 1991 Geto Boys classic “Mind Playing Tricks On Me.” (After the song’s release, Clipping shared a fascinating Twitter thread about how much of the publishing from “Say The Name” goes to the estate of Isaac Hayes, an artist who isn’t sampled or referenced on the song.) Today, Clipping have followed that one up with the new track “’96 Neve Campbell,” a tribute to the classic horror-cinema trope of the Final Girl. (The title and the lyrics reference Neve Campbell in Scream, but the song isn’t necessarily about the movie.)

For “’96 Neve Campbell,” Clipping have brought in a pair of ringers. The song showcases the persistently underrated underground duo Cam & China, two twin sisters from Inglewood who used to be members of the jerk-music group Pink Dollaz. On the track, Cam & China embody that whole tough-survivor-woman archetype, projecting authority everywhere. Clipping’s resident rapper is the movie star Daveed Diggs, and that guy can rap, but he’s not the focus this time. They are. Listen below.

In a press release, Diggs says this about Cam & China:

We’ve been fans of theirs for a long time, going back to the days when they were in the group Pink Dollaz. Cam and China continue to be some of the most consistent and under-appreciated lyricists on the West Coast. We’ve been trying to do a song with them for a while now, and this one felt like a perfect fit. They bodied it.

Visions Of Bodies Being Burned is out 10/23 on Sub Pop.