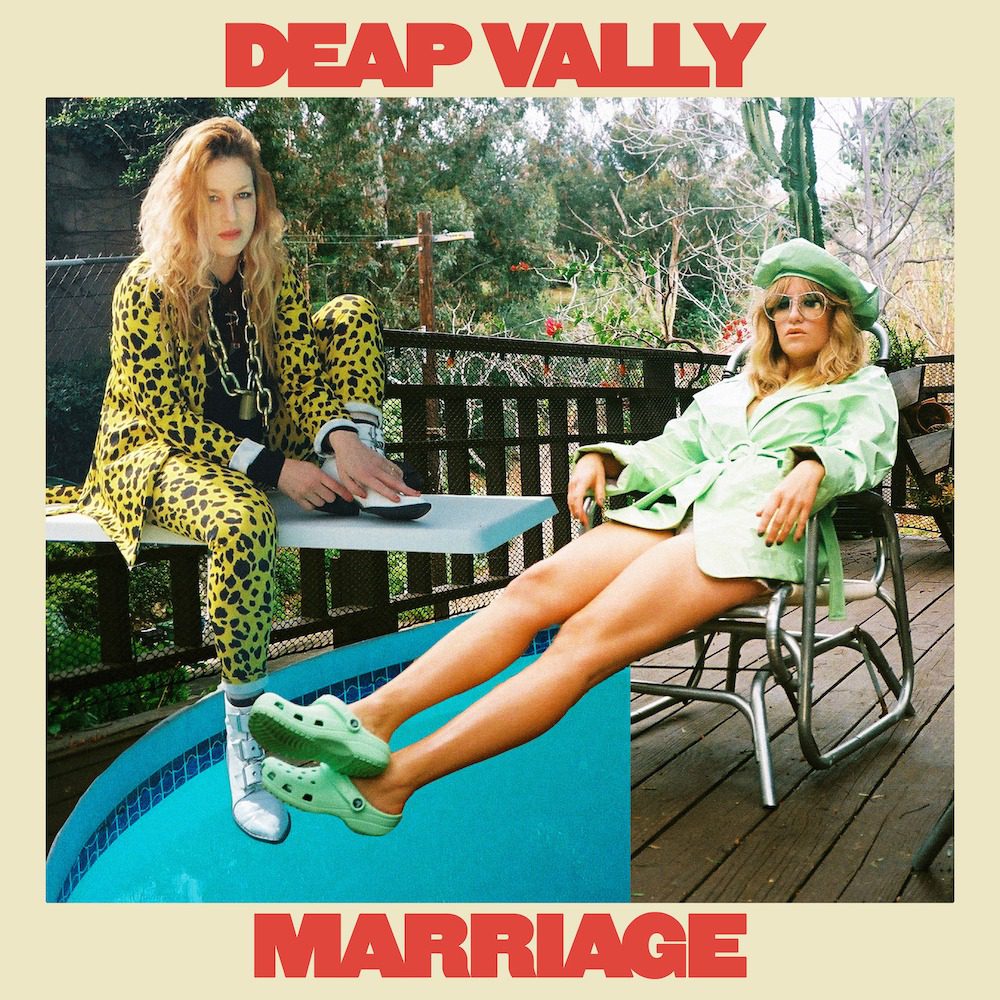 Along with the news, the band has shared a new song and lyric video for “Magic Medicine.” Mirroring the song’s title, the video is a grainy compilation of ads for made-up pharmaceuticals. Meanwhile, “Magic Medicine” itself offers exactly what we’ve come to love about Deap Vally: howling, distorted guitar, thudding percussion, and raucous tambourine accents.

Here’s what Troy and Edwards had to say about the new single:

Magic Medicine is a song five years in the making, born in Allen Salmon’s Nashville studio, and raised in Josiah Mazzaschi’s Cave Studio back in LA. Initially a song about being high on what-have-you (body chemistry, lab chemistry, nature’s chemistry) the lyrics have taken on a new meaning in the era of coronavirus, a moment when more than ever we need a miracle cure to make it safe to have fun and feel free again.

The band also opened up about MARRIAGE:

Being in a band is like being in a marriage: sometimes it’s magical, sometimes it’s unbearably challenging. To reinvigorate that marriage we’ve made album three a genre-bending experiment with new collaborators and instrumentation that push the limits of what has previously defined us.

MARRIAGE is our musical Rumspringa, if you will. We’re breaking free of the rigid creative constraints within which we previously existed (two members, two instruments, two voices). Writing with the calibre of musicians that we did on this record – like jennylee, KT Tunstall, Peaches, and Jennie Vee – was an unforgettable experience, and we’re so happy to have the result of our creative rebirth eternalised in MARRIAGE.

Listen to “Magic Medicine” below.

MARRIAGE is out 11/19 via Cooking Vinyl. Pre-order it here.