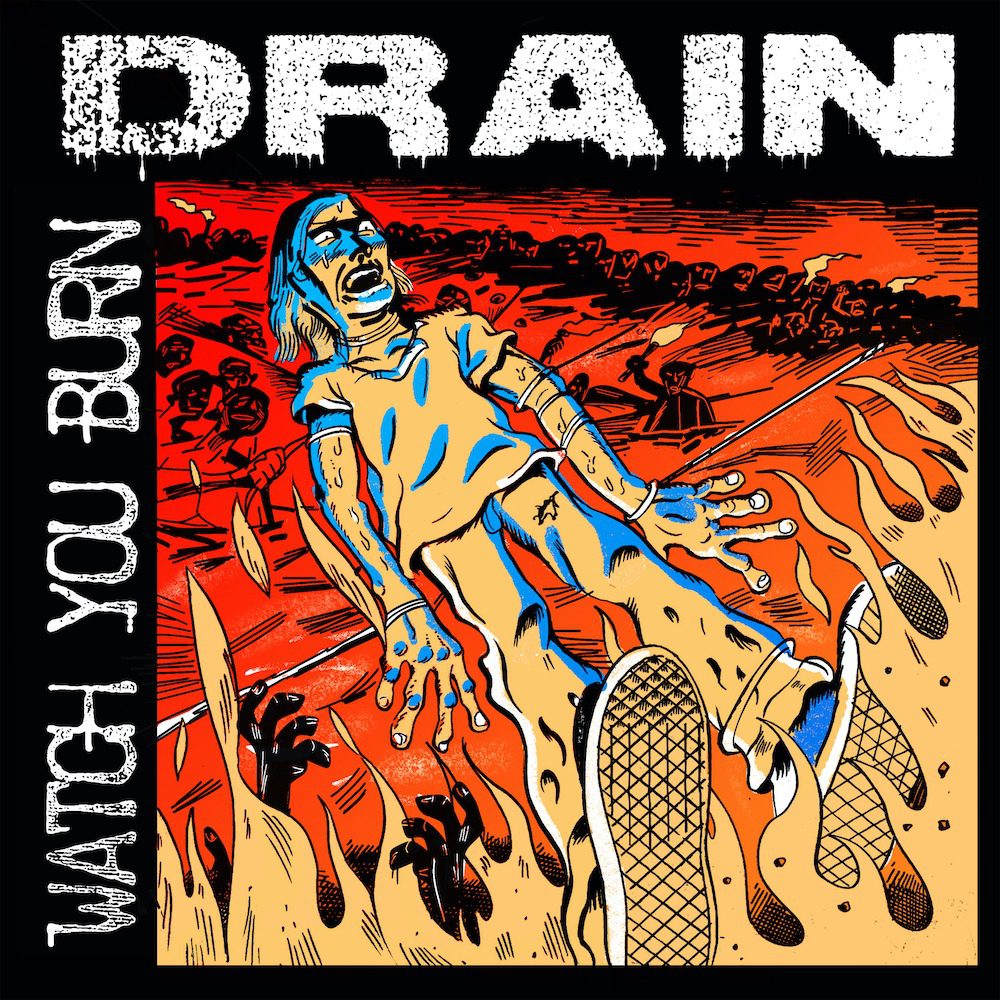 Last year, just as the pandemic was landing, the Santa Cruz band Drain released their debut LP California Cursed, one of 2020’s best hardcore albums. Drain, who share members with other Bay Area bands like Gulch, play super-aggressive music that never loses its sense of fun. They pull from thrash and from arena-metal like Pantera, but they never seem to take themselves too seriously. (Boogie-board crowd-surfing is a staple of Drain shows.) Their energy is ridiculous. And today, a couple of months after playing a massive hometown guerrilla show with bands like Gulch and Xibalba, Drain have released a new stand-alone single. It’s a banger.

Drain’s new song is called “Watch You Burn,” and it might be the most metallic thing they’ve done yet. The riffs chug hard, and frontman Sammy Ciaramitaro delivers his vocals like he’s trying to force himself to barf. “Watch You Burn” is definitely a hardcore song, but even on the breakdown, Drain sound closer to Slayer than they’ve ever been. It works for them.

Drain released California Cursed on the storied hardcore label Revelation, but as Brooklyn Vegan points out, it appears that “Watch You Burn” is out on Epitaph. That’s a big move. Right now, the biggest punk label in history has a roster that includes Touché Amoré, Converge, Quicksand, Soul Glo, Mannequin Pussy, Joyce Manor, Every Time I Die, and The World Is A Beautiful Place And I Am No Longer Afraid To Die, among many others. Pretty suck! Listen to “Watch You Burn” below.

UPDATE: Drain are indeed on Epitaph now, and they’ve made a chase-scene video for “Watch You Burn.” Here it is:

Drain are about to head out on tour with Terror, One Step Closer, and DARE.