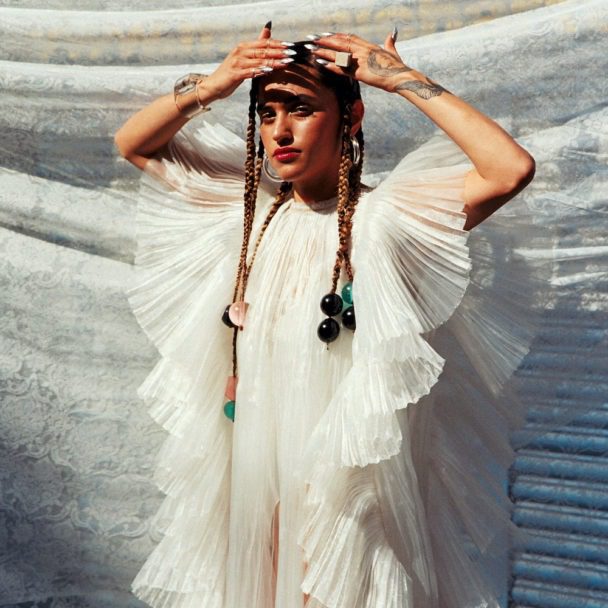 Later this week, the dance-pop auteur Empress Of will follow up the great 2018 album Us with her new LP I’m Your Empress Of. Lorely Rodriguez recorded the album at her Highland Park studio in Los Angeles, producing all most all of it by herself. We’ve already posted the first single “Give Me Another Chance.” Today, she’s dropped another new jam called “Love Is A Drug.”

Empress Of tracks tend to sneak up on you, bubbling in the background but then sounding amazing when you see Empress Of perform them live. Whenever we get a chance to gather en masse again, I bet “Love Is A Drug” will go off. Listen to it below.

I’m Your Empress Of is out 4/3 via Terrible Records. Pre-order it here.