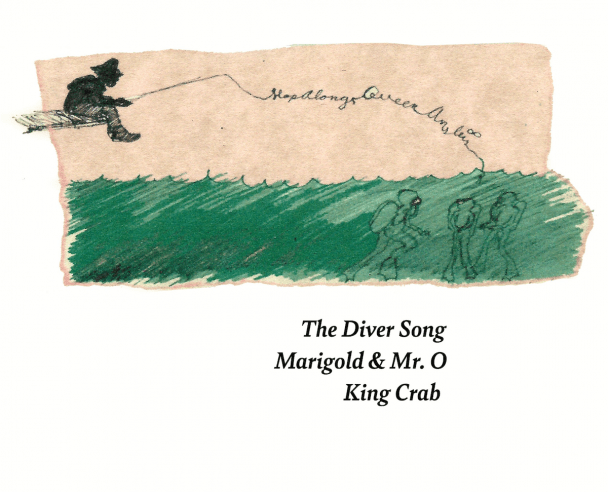 At the beginning of the year, Hop Along’s Frances Quinlan released an excellent solo album called Likewise — it was our Album Of The Week and made our list of the best albums of 2020 so far. Before Hop Along was a full band, it was just Quinlan releasing music under the name Hop Along, Queen Ansleis. Her one and only Hop Along, Queen Ansleis album was recorded during 2005 in the summer between her freshman and sophomore years of college. It was called, appropriately, freshman year, and until now it’s only been available on Bandcamp (and even that was a more recent development).

Today, Quinlan is releasing freshman year on all streaming services and she’s also sharing a new three-track EP called more songs from 2005, which will only be available on Bandcamp. (Today is Bandcamp’s monthly revenue waive day. All proceeds from today will go to the non-profit organization D.O.P.E. (Doing Our Part Eclectically).) True to its title, it contains three previously unreleased songs that were recorded during the same period as freshman year: “The Diver Song,” “Marigold & Mr. O,” and “King Crab.” You can listen to them below and pick up a copy for yourself here.

freshman year and more songs from 2005 are out now. Quinlan will be performing on Instagram Live tomorrow (9/5) at 6PM ET to honor the album’s 15th anniversary.