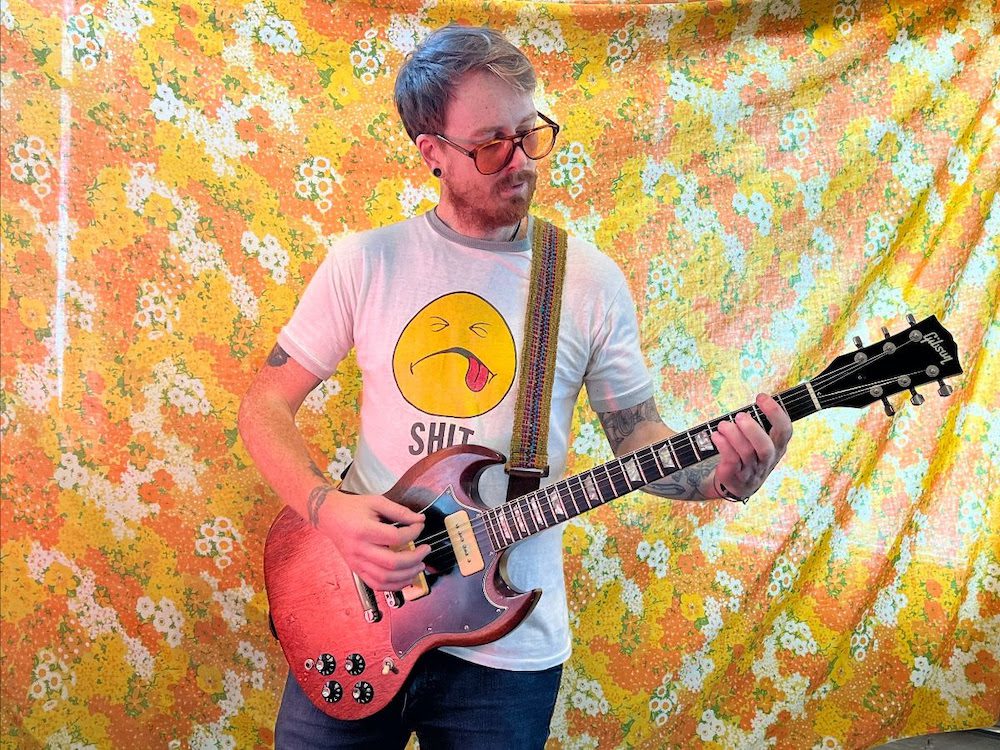 Next month, Stephen Pierce is releasing his second album as Gold Dust, which is called The Late Great Gold Dust. He’s pairing each advance track from it with a cover, and lead single “Proof Of Life” came along with a cover of Karen Dalton’s “Something On Your Mind.” Today, Pierce is back with another new song of his own, “Larks Swarm A Hawk,” which features J Mascis on guitar. And he has a new cover, this time of the Weakerthans’ “Virtute The Cat Explains Her Departure,” the perhaps lesser-known continuation of their “Plea From A Cat Named Virtute.” Check out both of those and read Pierce’s statement about the song below.

You ever see a flock of small birds band together to take up a fight against a hawk or vulture or any kind of larger bird? Do you see yourself more as the hawk or one of the larks? I’d like to say I’m one of the small birds here, but I sympathize with what the hawk is experiencing too, subsumed by the stormcloud of minutiae, overwhelmed by the little shit that on its own wouldn’t cause a single ripple in the ocean. In any case, I don’t think anyone in that arrangement is having a very easy go of things.

It’s one of those “death by a thousand paper cuts” situations, and this song is ostensibly about that and about feeling let down by yourself, feeling like you’re letting down those around you.

Having a body and a mind and thoughts and words and trying to get them all to work in conjunction with one another: it’s asking a miracle, really.
I’m asking my voice to make words that do justice to my thoughts.
If I say anything at all, I’m asking myself to do it in a way that won’t end up with my foot in my mouth.
I’m asking my foot to not go so reflectively straight to my mouth regardless of what’s said.
I’m asking my body to not continue to poison itself to sleep, or worse.
I’m asking for my life to change in any small way that makes it easier to just be, and to be receptive to that change if it comes.
To not fight against the calm—
And if the storm rolls in, to be able to say (and mean) that we need the rain.

I’m asking my mind to please, for fuck’s sake, just leave me with a quiet moment from time to time. I’m asking myself to forgive me my imperfections and just try to be better at this humiliating earthly navigation that we’re all trudging through each passing day.

Any one of those things on its own would be a miracle.

I am asking for a miracle.

In “Larks Swarm a Hawk,” I’m looking inward as if staring at one of those “you are here” shopping mall maps, recognizing the things about myself that I don’t like, trying to find the goddamn food court, and hoping to see to some shift towards betterment from the inside out.

As far as the music goes, I’d asked J if he’d want to play a solo on one of the new songs I was working on, and then sent across this one. Maybe it’s foolish to precede a solo by the most masterful and expressive guitarist of a generation with one of my own. Nevertheless, I’m happy with mine, and I’m hoping that it works to tee up J’s absolute ripper— it comes in with such an intense ferocity and beauty. To say it’s an honor to share space on this song with J would be an understatement: I’m beyond grateful that he’s graced this record with his ridiculous superlative genius.

The song provided an opportunity for me to dust off my old electric 12-string. It seemed to ask for a Byrds-y chime that I was happy to be able to provide. Any opportunity to allow an atypical or infrequently-used instrument to have some sort of sway over the process of creation or transcription (or whatever) is a welcome one to me: I sure play that 12-string differently than I play any other guitar of mine.

Now, for any birders out there in a huff at any inaccuracies here: I know that we don’t really have much by way of larks in New England (maybe an occasional meadowlark), but I took some poetic license here: I don’t think the title would work as well if it were the more accurate “Grackles Swarm a Hawk,” would it?

Anyway, hope you enjoy. Thanks for listening.

The Late Great Gold Dust is out 11/4 via Centripetal Force Records.