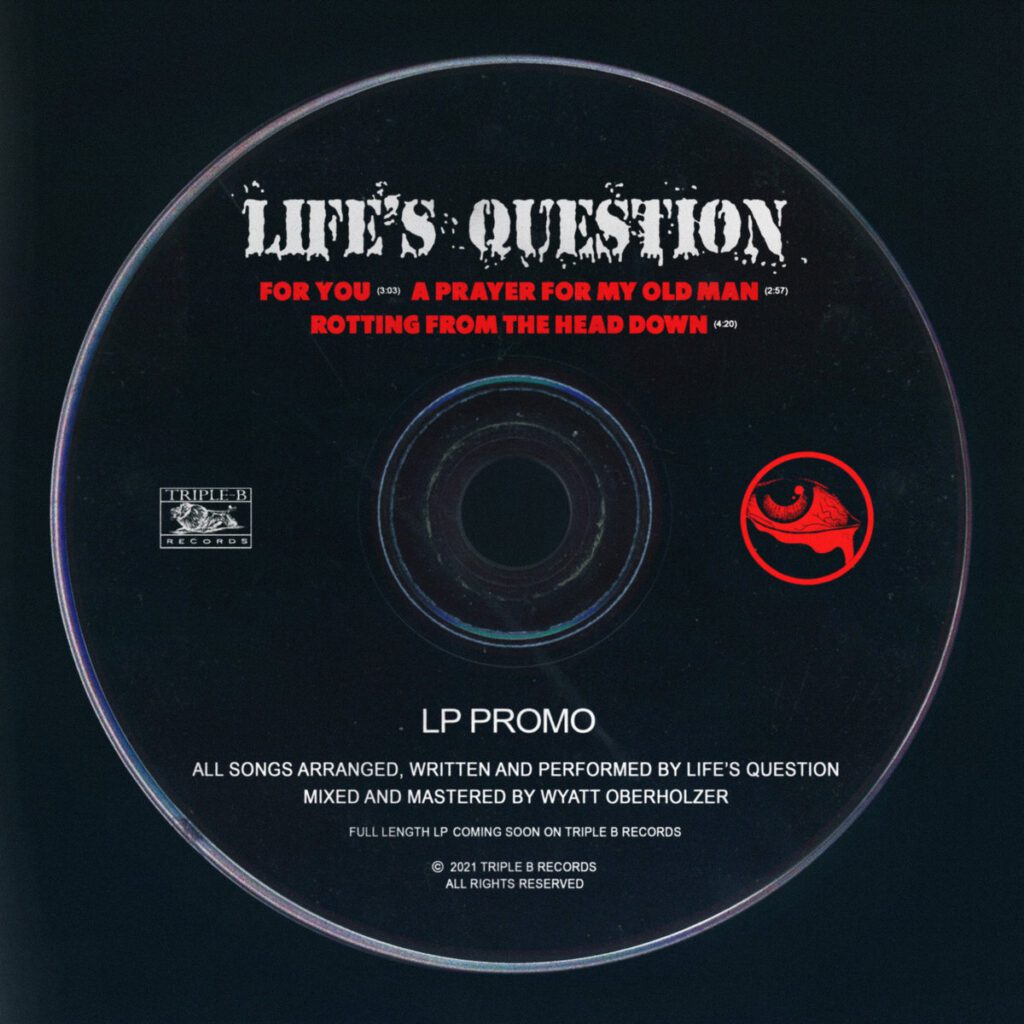 Chicago hardcore warriors Life’s Question haven’t released a full-length album yet, but they’ve already figured out a supremely potent sound, a metallic growl with a whole lot of guitar heroics and a serious sense of bounce. Since shows have started happening again, Life’s Question have also proven to be serious road warriors, willing to truck across the country for a couple of VFW Hall shows. And now that they’re getting read to release their full-length debut, Life’s Question are really getting ready to show what they can do.

After a couple of demos, Life’s Question released their debut EP Cursed The Will To Dream in 2018, and they followed it a year later with another one called A Tale Of Sudden Love And Unforgettable Heartbreak. Next year, the band will release an LP. Today, they’ve released a three-song basher called LP Promo 2021. (That’s a hardcore tradition, and it’s anyone’s guess whether these songs will appear on the album. It’s best just to listen to these three songs as a discrete, fully-formed work.) The three songs on the promo are all surprisingly long and ambitious, and they’ve got melodic heft and low-end crunch working for them. Opener “For You” is especially mean. Stream the promo below.