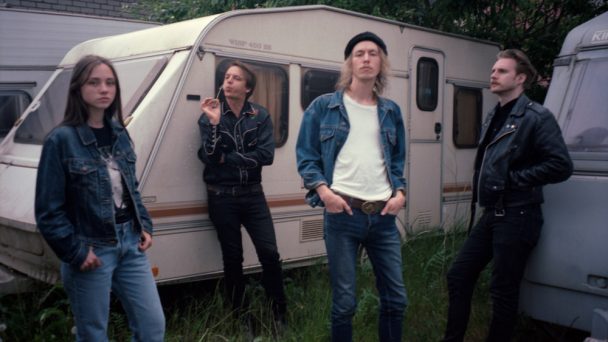 Back in July, the hazy Estonian cowboy rockers Holy Motors announced Horse, the followup to their 2018 debut (and Album Of The Week) Slow Sundown. So far, we’ve heard the uncharacteristically sprightly “Country Church” and the characteristically desert noirish “Endless Night.” Today, they’re back with a final preview of Horse ahead of its arrival in a couple weeks.

Holy Motors’ latest is called “Trouble.” “‘Trouble’ is a song about being in a half-real, half-dream state, like the troubled state of mind that sometimes comes with the night,” singer/songwriter Eliann Tulve said of the track. “And you know it’s just fears of the unreal but that doesn’t stop that eerie feeling that’s saying ‘Something weird is in the air tonight.’ It’s like a secret between the writer and the listener.”