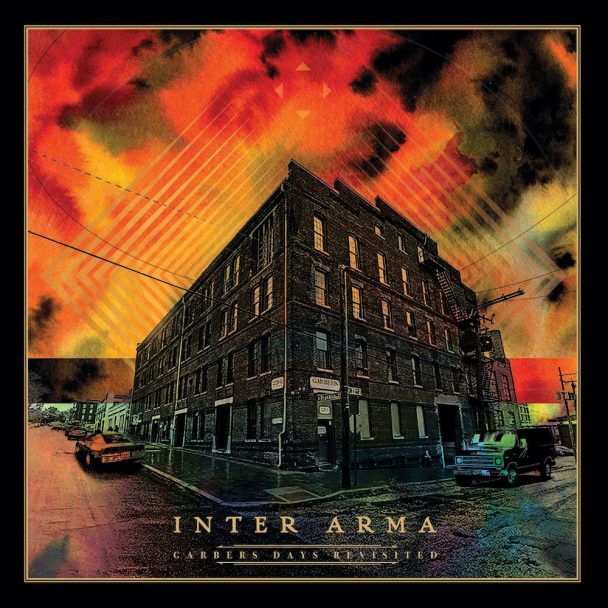 Hey, some good news! Inter Arma, the great Richmond metal destroyers, released Sulphur English, an absolute rib-crusher of an album, just over a year ago. Today, they’ve announced plans to follow it up with an all-covers album called Garbers Days Revisited, which they recorded in between Sulphur English tours. Garbers Days Revisited — clearly a play on the classic Metallica covers EP Garage Days Revisited — is coming this summer, and the tracklist alone is the kind of thing dreams are made of.

On Garbers Days Revisited, Inter Arma take on a couple of universally-recognized classics, like Prince’s “Purple Rain” and Tom Petty & The Heartbreakers’ “Runnin’ Down A Dream.” They also do their versions of songs from Nine Inch Nails, Ministry, Hüsker Dü, the Cro-Mags, and Venom — a fascinating list of bands from across the heavy-music spectrum. And as the first single, they’ve shared their bludgeoning take on Neil Young’s “Southern Man,” the 1970 After The Gold Rush protest song that pissed off Lynyrd Skynyrd enough to write “Sweet Home Alabama” in response.

Inter Arma have turned “Southern Man” into a six-minute wrecking ball without losing the central melodic thread or even the main riff. Below, check out their version of the song and Neil Young’s original recording, as well as the Garbers Days Revisited tracklist.

Covers have been an integral part of Inter Arma since the beginning of the band and some of these songs have a direct lineage while others are a little more… obscure. As timing would have it, we hope this provides a bit of an escape for listeners, given the surreal circumstances we’re in at the moment, because after all, great art should provide an escape which is part of why we chose to do this: sometimes you just wanna be runnin’ down a dream…

Garbers Days Revisited is out 7/10 on Relapse.