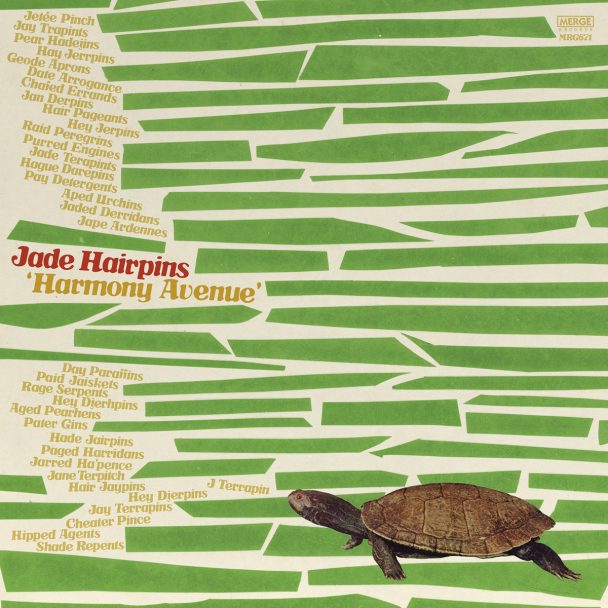 Fucked Up’s Jonah Falco and Mike Haliechuk have had a ton of different side projects over the years. Last month, they debuted a new one called Masterpiece Machine with some members from Power Trip; a couple years ago, they were part of a project called Dolly Dream that featured US Girls’ Meg Remy. Their latest and most substantial project, though, is Jade Hairpins, whose debut album comes out at the end of the month.

They’ve shared “J Terrapin” and “Don’t Break My Devotion” from it already, and today they’re releasing a new song called “Dolly Dream,” which shares at least some conceptual framework with their older project with Remy. considering they have the same name, or maybe not! Who knows. Either way, it’s a wonky, psyched-out and eminently catchy track.

“‘Dolly Dream’ is a song about searching—not necessarily something you lack and have to ‘find,’ but grabbing hold of that ‘something’ you’ve always had. This search finds a connection within solitude, and within the crowd,” Falco said in a statement.