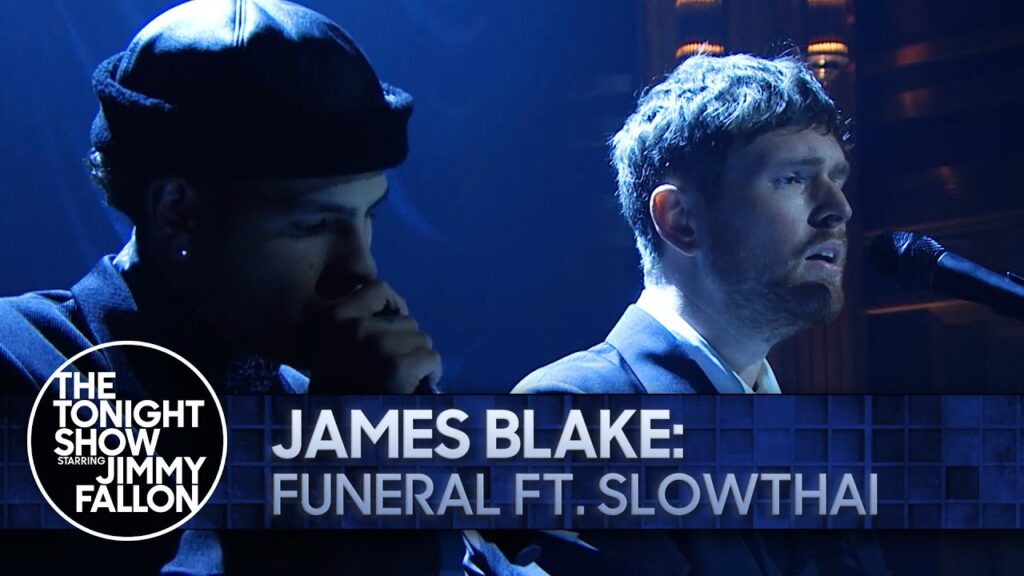 On Friday, James Blake released his drizzly, downbeat new album Friends That Break Your Heart. The album features appearances from stars like SZA and J.I.D. It does not feature the malevolent and intense UK rapper Slowthai, but Blake and Slowthai did record a version of the Friends That Break Your Heart track “Funeral” together. They even made a video for that version of the song, and Blake released that video today.

Blake and Slowthai have worked together before. Earlier this year, Blake appeared on “Feel Away,” one of the tracks from Slowthai’s album Tyron. On “Feel Away” and on the new “Funeral,” Blake and Slowthai find common ground. That means Slowthai’s not in his frantic firestarter mode. Instead, he’s spacey and insular and bittersweet, meeting Blake’s sad-bastard falsetto where it lives. In the song’s black-and-white video, Blake and Slowthai ride in a funeral procession that’s come to a full stop. It looks a lot like the video for Blake and Chance The Rapper’s “Life Round Here” remix, which is now eight years old. Check out the “Funeral” clip below.

Last night, Blake and Slowthai performed that new version of “Funeral” on Jimmy Fallon’s Tonight Show. Where Slowthai has been a fiery, anarchic presence on past late-night performances, he was sedate here, sitting next to Blake on Blake’s piano bench and rapping his part calmly. Check out the performance below.

Friends That Break Your Heart is out now on Republic.