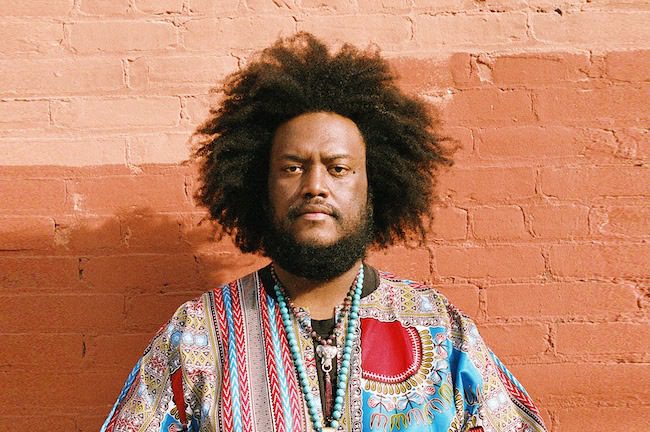 Last month, young Los Angeles jazz legend Kamasi Washington headlined the Hollywood Bowl, and his set featured a very cool surprise. Metallica’s Kirk Hammett and Robert Trujillo joined Washington and his band onstage, and they helped out on a cover of Metallica’s 1991 deep cut “My Friend Of Misery.” This, of course, is Washington’s contribution to the extremely strange new project The Metallica Blacklist, in which artists like Phoebe Bridgers and Weezer and Chris Stapleton cover tracks from Metallica’s self-titled “Black Album.” Today, Kamasi Washington has shared the studio version of his take on “My Friend Of Misery,” and it’s utterly nuts.

Kamasi Washington has turned “My Friend Of Misery” into an astral jazz odyssey, which is to say that the turned it into an astral jazz song. There’s plenty of common ground between jazz and metal, two genres with deep lore and with hard focus on instrumental virtuosity, but other than some noisy bits toward the end — which may or may not involve Hammett and Trujillo — Washington’s version sounds absolutely nothing like metal.

Instead, Washington and his band have done the best thing that you can do when covering a song: They’ve transformed it into something radically different. “My Friend Of Misery,” which was already seven minutes long and full of solos, was an ideal candidate for this treatment. It’s a trip to hear singer Patrice Quinn doing a vaporous read of James Hetfield’s previously grunted lyrics or pianist Cameron Graves translating Hammett’s solos. Check out the Kamasi Washington cover and the Metallica original below.

The Metallica Blacklist is out 9/10, and you can pre-order it here.