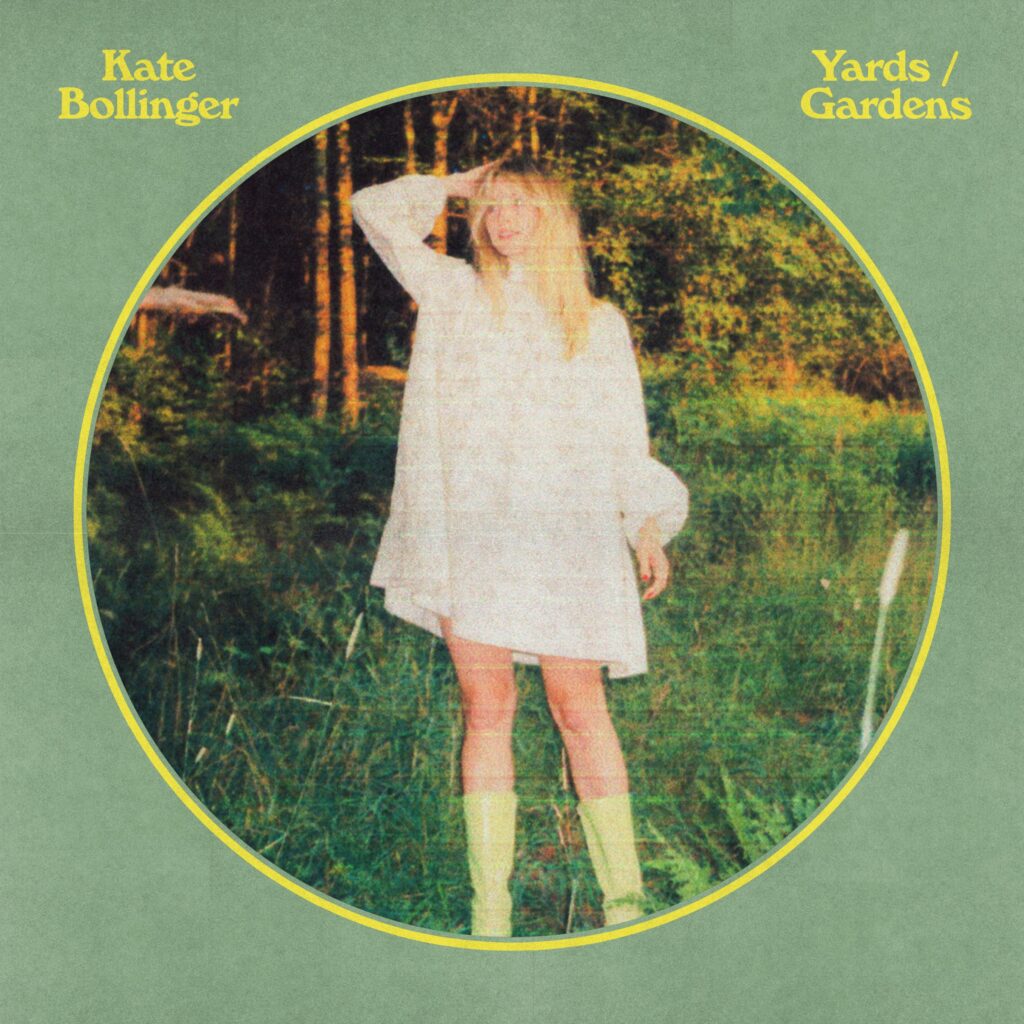 Virginia indie-pop musician Kate Bollinger, who released her latest EP A Word Becomes A Sound last year, has announced that she’s signed to Ghostly International. And to celebrate, she’s following her recent single “Shadows” with “Yards / Gardens,” another track co-written with longtime collaborator John Trainum and guitarist Chris Lewis. The song is about “feeling resistant to change, during a time when it felt like everything was changing,” Bollinger explains, and it comes with a music video directed by Mitch deQuilettes.

“For ‘Yards / Gardens,’ Kate and I wanted to take the sonic spirit of the track and translate its feeling into the video instead of using the direct lyrical meaning,” deQuilettes adds. “We wanted to give homage to ’60s and ’70s films such as Godard’s Pierrot Le Fou, Melville’s Le Circle Rouge, and Altman’s The Long Goodbye. It was important to us to keep the piece campy and light, while keeping it grounded in realism.” Watch and listen to “Yards / Gardens” below.