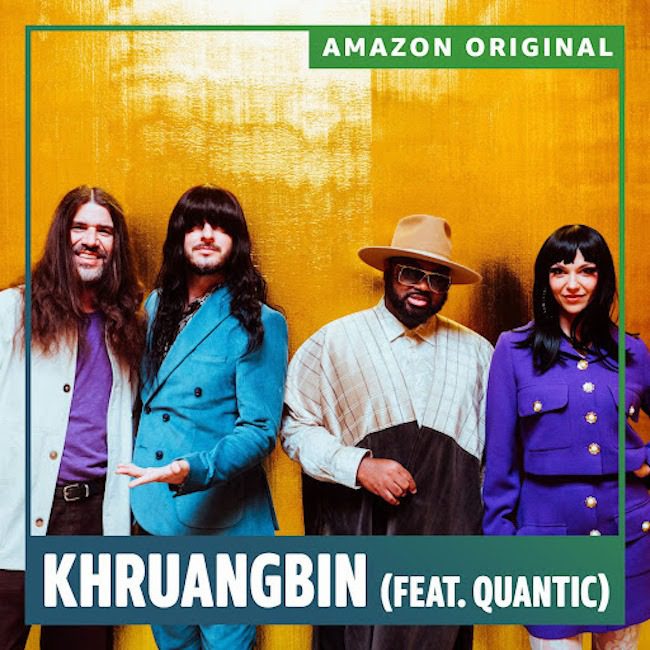 Khruangbin, the Houston trio who recently graduated to festival-headliner status, are almost certainly this era’s preeminent instrumental rock band. Earlier this year, Khruangbin teamed up with soul singer Leon Bridges to release Texas Moon, their second collaborative EP. Now, they’re following that by covering one of the most beloved instrumental songs in rock ‘n’ roll history.

Booker T & The M.G.’s were the house band at Stax Records, and they played on an insane number of classic soul songs. In 1962, just as they were getting started, the band also released their own single “Green Onions,” an extremely cool groove that featured Booker T. Jones’ organ and Steve Cropper’s guitar getting into a kind of back-and-forth conversation. “Green Onions” was a #3 hit on the Billboard Hot 100, and it’s since appeared on about a million movie soundtracks.

For their cover, an Amazon Music exclusive, Khruangbin have teamed up with the British-born and New York-based DJ and producer Quantic. They’ve transformed “Green Onions” into a bright, uptempo electronic funk track without losing that iconic organ line. In a press release, Steve Cropper says that Khruangbin’s cover is “a very nice rendition of the song… I really like the modern touch with the rhythm.” Check out Khruangbin’s “Green Onions” cover and Booker T & The M.G.’s’ original below.