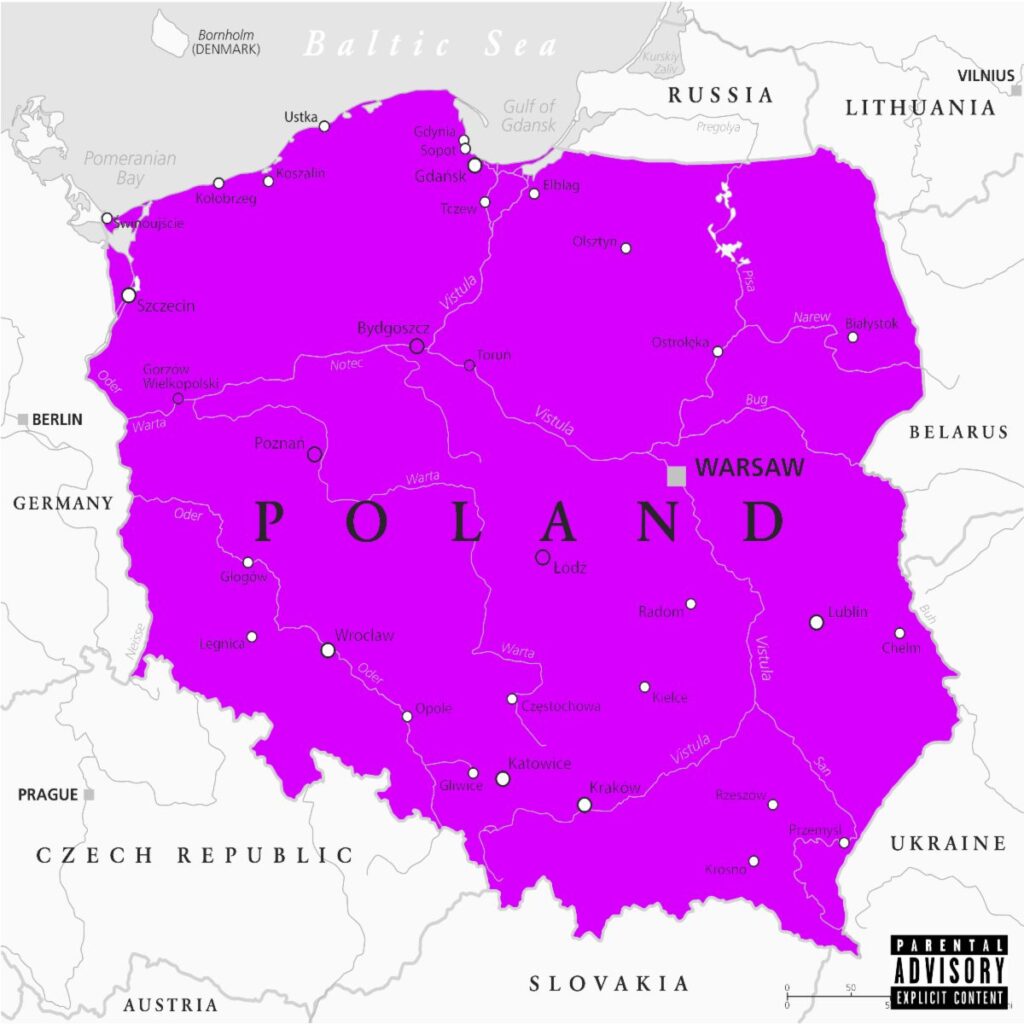 We need to talk about “Poland.” By the time Lil Yachty’s new single hit DSPs today, it was already a hit. The F1LTHY-produced track, released on SoundCloud a week ago after a leak, became instant meme fodder. Social media users have been matching Yachty’s spookily crooned hook — “I took the wock to Poland” — to all kinds of video footage, to dramatic and hilarious effect. Who knew an 83-second synthpop-trap oddity about sipping lean in Eastern Europe could be so adaptable?

In addition to its entry into streaming services today, “Poland” gets a new official video from Lyrical Lemonade’s Cole Bennett, replacing (or, I guess, complementing) the lo-fi clip for the song posted last Friday that already has 4 million views. This one has some similar shots of Yachty on the street and the subway, plus at least one extremely unsubtle scene in which a purple beverage is splattered all over a map of Poland. It’s not as flashy and colorful as your average Bennett video; in fact, I’m not sure it’s even really an upgrade over the original lo-fi clip. But the exposure that comes with the Lyrical Lemonade YouTube channel probably won’t hurt.

In fact, based on all the energy around “Poland” right now, and the fact that its short runtime makes it extra replayable, it seems likely that Yachty’s new signature hit could surpass “Wockesha” to become rap’s biggest wock-oriented hit to date. Watch below.