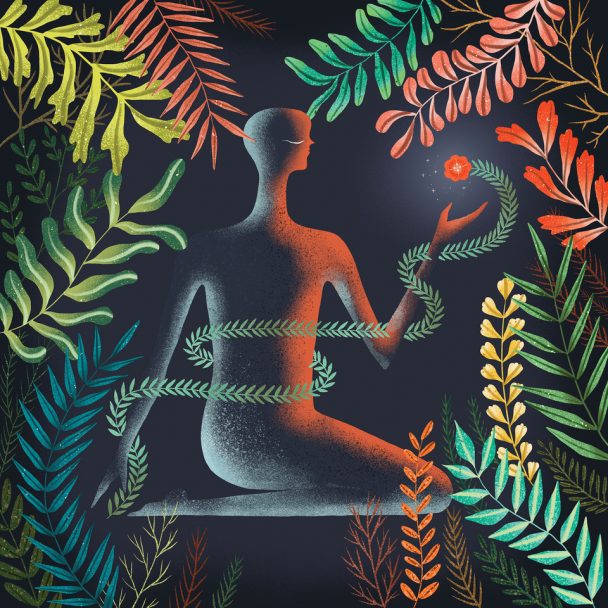 Loma, the team-up of Cross Record’s Emily Cross and Dan Duszynski and Shearwater’s Jonathan Meiburg, are following up their 2017 self-titled later this month with a new album called Don’t Shy Away. They’re already shared some lovely songs from it like “Ocotillo,” “Half Silences,” the title track, and “I Fix My Gaze.” And now they’re sharing the transcendent, appropriately elliptical new song “Elliptical Days.”

“I started ‘Elliptical Days’ as a sketch in Ableton — an exercise to learn the software and dig through some synth sounds,” Duszynski explains. “Jonathan heard me messing with it and walked into the control room asking, ‘Can we use this?’ The song really came to life as he and our good friend (and touring Loman) Emily Lee started overdubbing piano and koto parts — and as usual, our collaboration transcended what any of us could do alone.”

“‘Elliptical Days’ was one of those songs that was pretty well fleshed out by Dan and Jonathan by the time I heard it,” Cross adds. “I loved how different it sounded from what we usually make together, but it was somehow still in the Loma realm — and the horn arrangement made it really special for me.”

“The horn session for Don’t Shy Away was one of the most exciting moments in making the record,” Meiburg agrees. “They drove out to the studio one evening and blew their hearts out for three hours, without hearing any of the songs beforehand. I think they left feeling a bit confused about what kind of record this was, but they were really good sports about it.”

Listen and watch the accompanying music video, featuring Emily Cross dancing and directed and edited by Cross and Dan Duszynski, below.