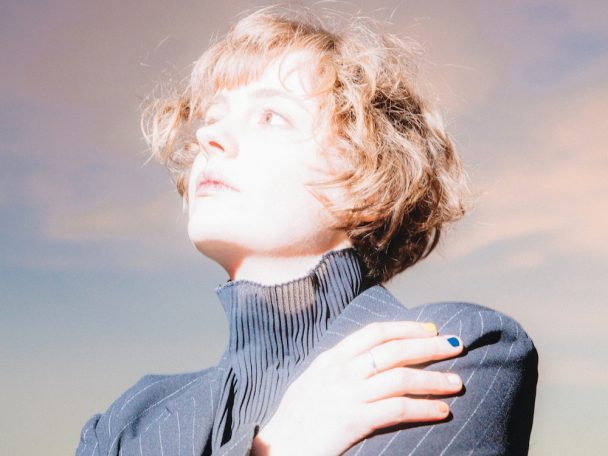 Back in May, Madeline Kenney announced her third album, Sucker’s Lunch. After previously teaming up with Wye Oak’s Jenn Wasner for 2018’s Perfect Shapes, Kenney once more enlisted Wasner — and, this time, her bandmate Andy Stack — as co-producers and players. This seems like it was a good decision. The interaction between Kenney’s songwriting and her own playing and that of Wye Oak has thus far yielded a series of great pre-release singles: “Sucker,” “Double Hearted,” and the particularly excellent “Picture Of You,” which ranked amongst our favorite songs last week. Now, ahead of Sucker’s Lunch arriving this Friday, Kenney has shared one more preview.

The latest single is called “White Window Light.” “This, to me, is a bonafide love song,” Kenney said in a statement. “It may not come off that way (I’m aware that the first line is ‘Well what’s the point’), but that’s because I had some hard and weird conversations about love and they wound up as lyrics. So many friends sang on the chorus. That made it so special and beautiful to record.”

Following the gorgeous “Picture Of You,” “White Window Light” is another strikingly pretty track from Kenney. There are blunt, conversational parts to the song, dead-ends in that process of navigating love, and then eventually it spills over into a big yearning chorus flecked with searching saxophone lines. Along with the single, Kenney also shared a live performance video of the song, which she recently filmed with a tripod (and social distancing) at Oakland’s Starline Social Club. Check it out below.

Sucker’s Lunch is out 7/31 via Carpark. Pre-order it here.