Maren Morris – "Better Than We Found It" 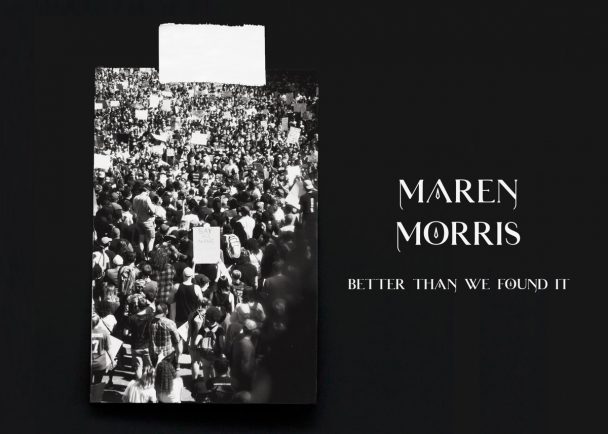 Maren Morris has released a new protest song called “Better Than We Found It.” It was co-written by Morris, Jessie Jo Dillon, Jimmy Robbins and Laura Veltz, and it was produced by Greg Kurstin. “When lines of tomorrow are drawn, can I live with the side I chose to be on?” Morris sings on the track. “Will we sit on our hands and do nothing about it or will we leave this world better than we found it?”

“I wanted to write something to address exactly how I feel right now, and this came together pretty quickly. It’s a protest song — it’s the most American thing to protest and protest songs have been so embedded in American culture: Bob Dylan, Nina Simone,” she said in a statement, continuing:

I think the world right now is sort of in a perpetual mourning period and I wanted to have a song that had weight but also had hope. I still have hope for this country and for the future of it, and as a new mother I wanted to promise my son that I’m going to do everything in my power to leave this world better than the one I came into and the one I see right now.

A portion of the song’s proceeds will be donated to the Black Women’s Health Imperative.

Watch a video for the song below, directed by Gabrielle Woodland.