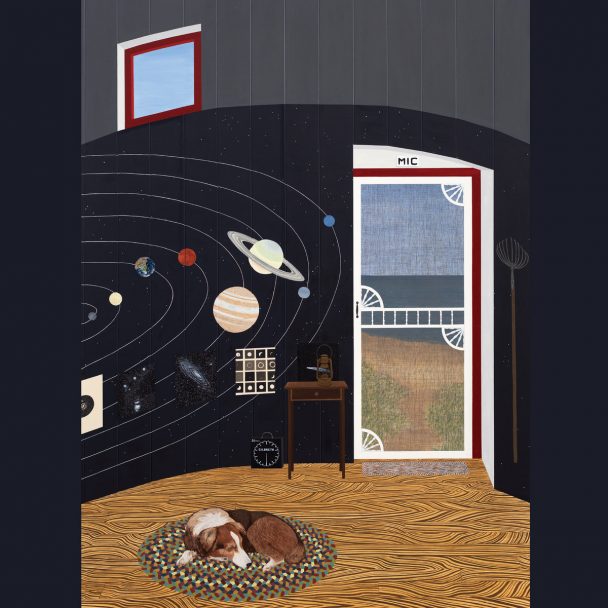 In a couple weeks, Mary Lattimore is releasing her latest album, the Neil Halstead-produced Silver Ladders. She’s shared two tracks from it so far, “Sometimes He’s In My Dreams” — which made our best songs of the week list — and “Pine Trees.” Today, the LA-based harpist is releasing the album’s title track, a characteristically gorgeous and considered piece, which Lattimore provided some background on:

Silver Ladders was written about this place in Croatia on the island of Hvar, where the sea was deep greeny-blue and you could float with all of the people from the town. There were all of these ladders from the stone path right into the water. I thought it was the most beautiful place on Earth, as a person who loves to swim. I was hired to play a wedding in Big Sur, another breathtaking spot, and the rugged coast reminded me of my time in Croatia, so this melody came to me as I was warming up for the wedding. I recorded it on my phone and that’s where the song came from.

This was one we tried to recreate it in the studio, but the demo sounded better and purer. The ending was smudgy and watercolory already but I tried to describe to Neil what I wanted from it, even more strange and suspended in the air, and he pulled some wizardry and made it sound just how I’d imagined it. The demos I made with the idea that he was the one to fulfill what the song was asking for with techniques I didn’t know how to manifest but could kind of amorphously describe. He really “got it” and that’s why we were a good team, along with his beautiful new ideas (especially adding all the bass synth) that really worked with the vibe.

Silver Ladders is out 10/9 via Ghostly International. Pre-order it here.