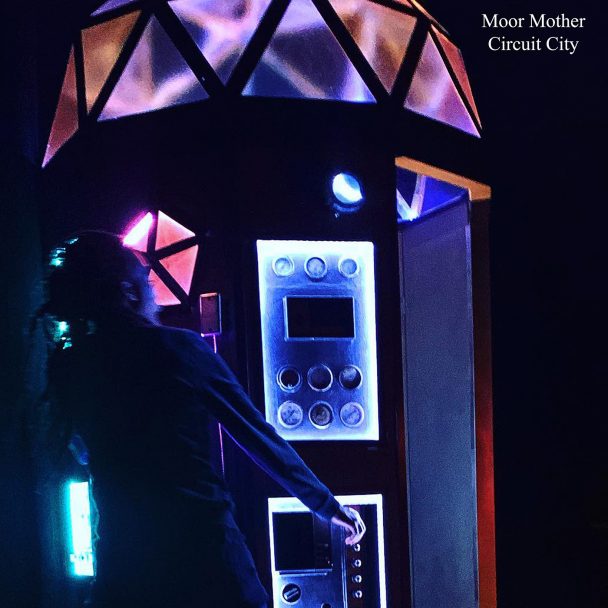 Camae Ayewa, the genius behind Moor Mother, has kept quite busy in the past year. Last October, she put out a new album of her own, Analog Fluids Of Sonic Black Holes; in February, Irreversible Entanglements, the free jazz group she’s a part of, released Who Sent You?; and in April, she put out a new album with Mental Jewelry, True Opera. Since then, she’s teamed up with billy woods and released a one-off, “Forever Industries,” and today she’s announcing a new project called Circuit City, which will be out on Friday.

It’s the recorded version of a production that was written by Ayewa and staged last year in association with Philadelphia’s Fringe Arts. The music is performed by Irreversible Entanglements and the Circuit City Band. Split up into four acts, today she is sharing its first act, called “Working Machine,” a furious froth of horns and drums and noise and Ayewa’s impassioned spoken word. It comes with a video interpretation directed by Bob Sweeney.

Circuit City is out this Friday (9/25) via Don Giovanni Records. Pre-order it here.