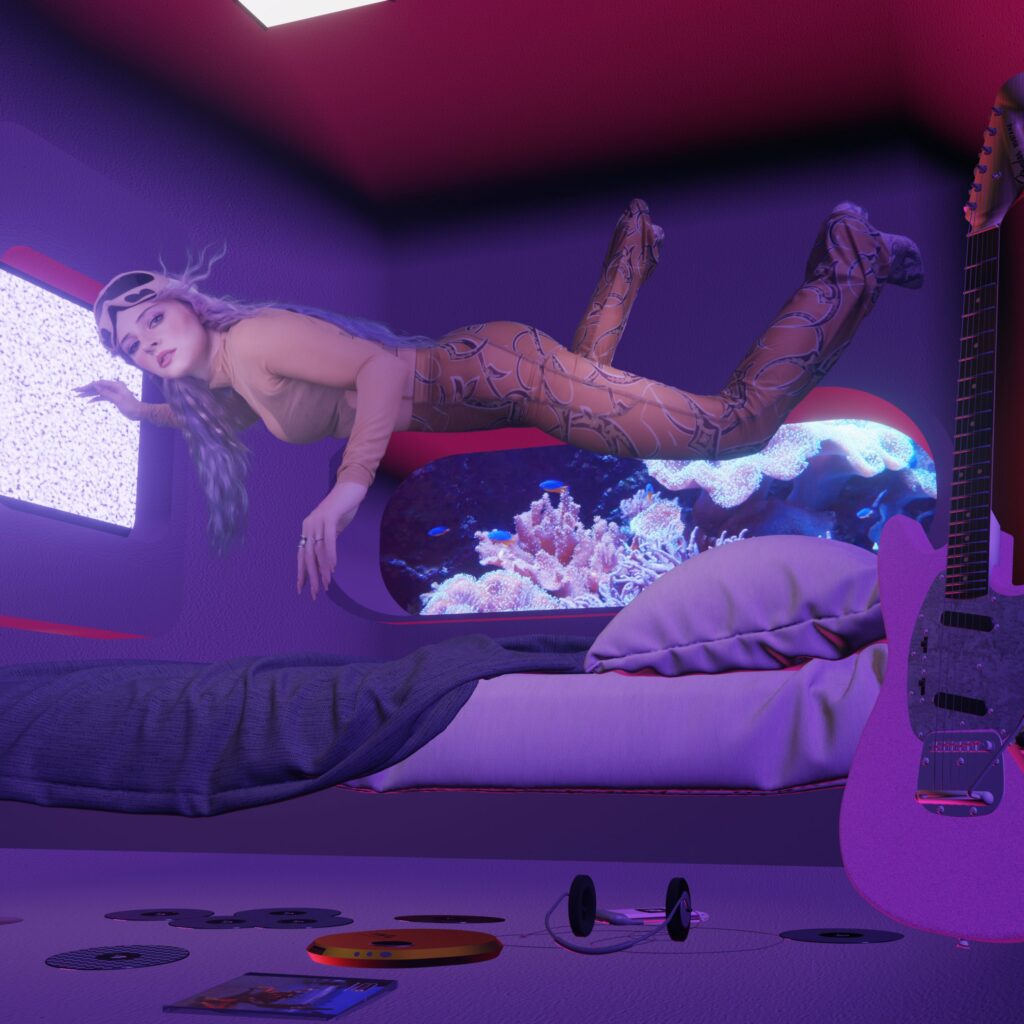 Negative Gemini, last seen “Fucking Up My Life” with her partner and 100% Electronica label co-founder George Clanton, has now officially changed her project’s name to “Neggy Gemmy.” As the artist born Lindsey French explains in a statement:

I have a friend Brad who is very good with words. When I toured with his band TV Girl in 2019 he started referring to my band name as “neggy gemmy,” a diminutive version of “negative gemini.” I definitely laughed and repeated it the first time I heard it said to me, and then it just started being used by friends, fans online and even myself. It’s very cute and I like that it is nonsensical and has no connotations, it’s something all its own which is something I’ve always wanted in a band name but could never think of off the top of my head. As I have approached the final stages of writing and recording the next album, I can relate to the playfulness and newness of the nickname, as I feel this next era of my music also holds those feelings. It felt like a natural decision to alter the name at this juncture in my career.

Along with the announcement, Neggy Gemmy also sharing a brand new song from her upcoming third album. She recently relocated to Los Angeles, and the track “California” is about just that, leaving your life behind to start over somewhere new. “I just wanna go and never come back,” French sings. “You’re saying slow down, but I just wanna go fast.” Listen below.