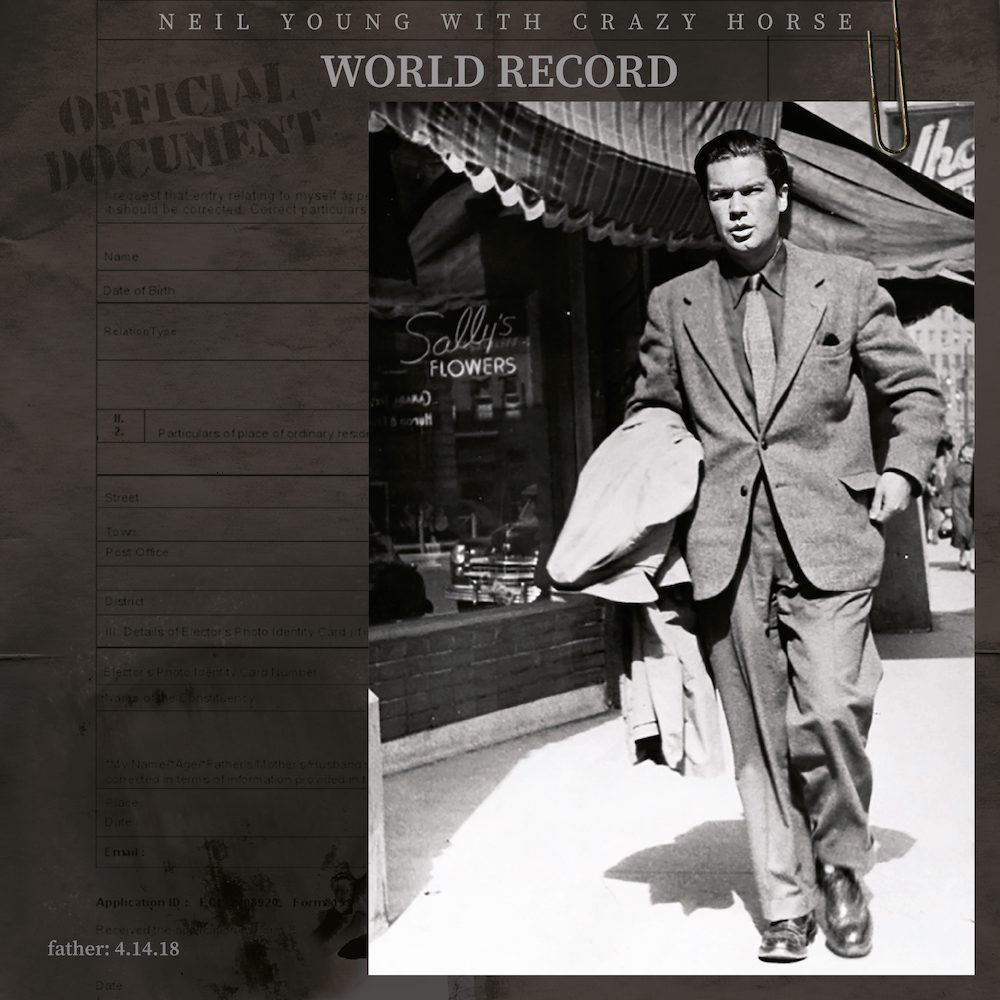 Neil Young has been on an absolute tear these past couple years between archival and new releases. Just a few months ago, he finally released Toast, the album he recorded with Crazy Horse in 2001,” which was, at least at the time, “so sad that I couldn’t put it out.” There have also been a number of live albums, and at the end of last year he put out a new one called Barn.

Today, Young is announcing another new album he made with Crazy Horse called World Record. It was produced with Rick Rubin and recorded live at his Shangri-La studios in Malibu. World Record arrives on November 18 — it’ll be available as a three-sided 2xLP, as well as regular LP, CD, and cassette, and it will also be available in high-resolution streaming audio via Amazon, Apple, and Qobuz (though of course not Spotify) and through his Neil Young Archives.

World Record is out 11/18 via Reprise Records. Pre-order it here.