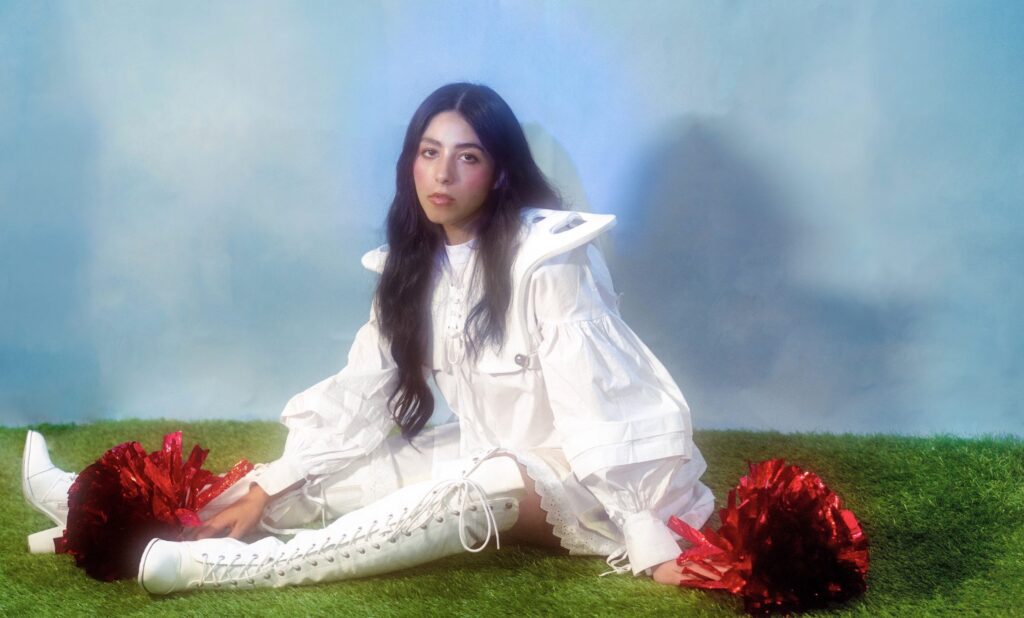 While in Austin for SXSW this past spring, Pom Pom Squad’s Mia Berrin linked up with Song Confessional, a project that collects anonymous confessions from people and partners with musicians to turn those details of someone else’s life into songs. Those songs are recorded in a mobile recording studio by producers Walker Lukens and Jim Eno, and the whole process is also turned into a podcast. Berrin’s episode of that podcast will come out next week, but today we get to hear the result of the collaboration, a track called “River” that was inspired by a story about a man whose marriage ended after his father died.

“Working on this project with [songwriter] Boyfriend, Walker, and Jim was certainly a learning experience for me,” Berrin said in a statement. “Pretty much everything about the Song Confessional process is antithetical to my writing process for PPS.” She continued:

For starters, more often than not, I write alone and I write slowly. Certain songs I’ve held onto for years – waiting until I deem myself, my work, my circumstances, good enough to release them. Having to conceptualize, write, and record a song for release in a day required me to rewire my brain in a way that was challenging and, initially, anxiety-inducing, but ultimately was incredibly valuable. It was also just a lot of fun to spend a scorching day in Texas messing around in the playground that is Jim Eno’s studio! I’m very grateful to have been a part of it.

Check out “River” below, and learn more about the Song Confessional project here.