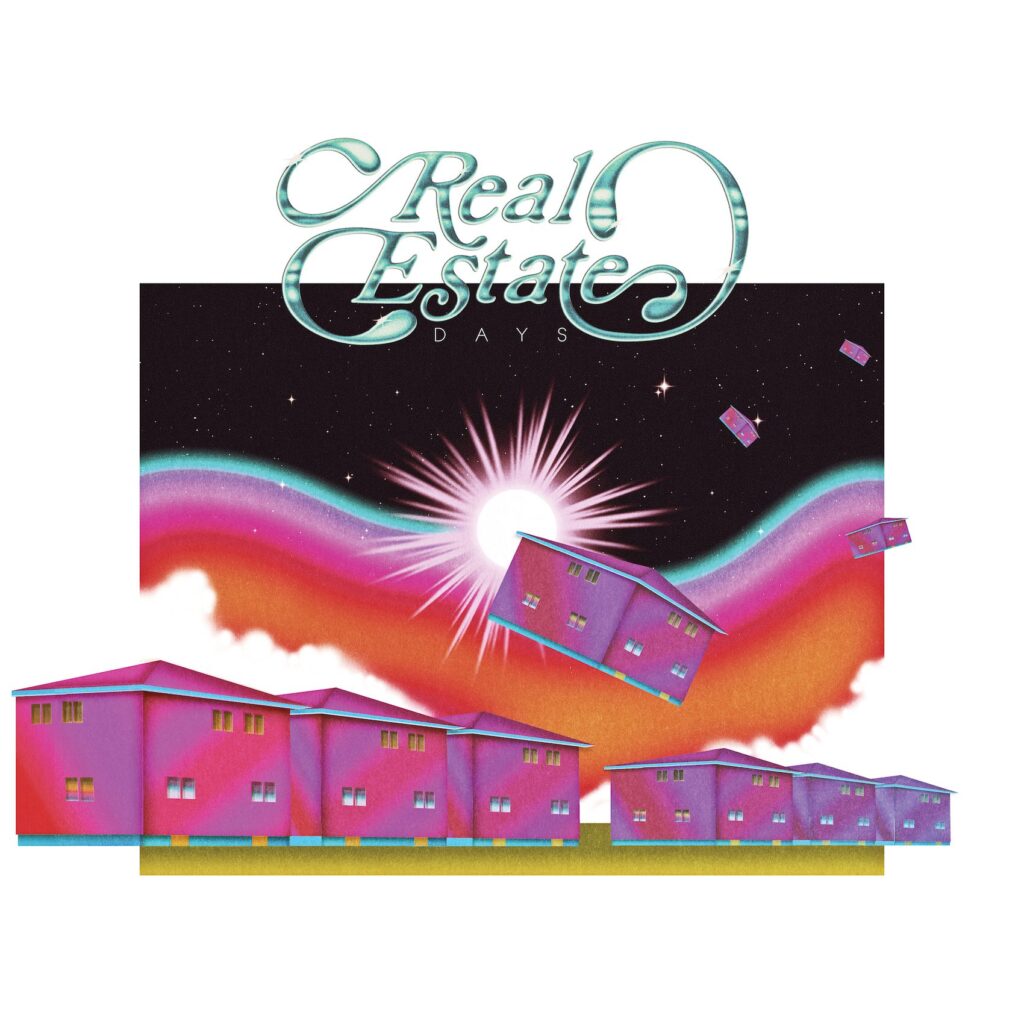 Real Estate’s second album Days turned 10 years old yesterday, and the band is celebrating the anniversary by playing the album in full at a series of shows this fall. They’ve also gone ahead and covered “Days,” the song from Television’s Marquee Moon follow-up Adventure that provided the name for Real Estate LP2. It’s an impeccable cover that connects the dots between the two bands, sounding very much like a Real Estate song and a Television song all at once.

It’s difficult to overstate how important Days has been to our trajectory as a band. We were really just kids when we made it. I can remember long days and even longer nights in New Paltz, NY laboring over this record. Nobody had ever held us to the standard of quality that our producer Kevin McMahon was holding us to. He even made us tune our guitars between takes! In turn, we held ourselves to the same standard, and the music is a testament to that. Ten years ago you heard it too, and that changed our lives. So here we are, still doing it. We’re pleased to invite you to celebrate this album with us, a decade after its initial release. Obviously the band has changed in countless ways over the past ten years; throw Days on today and help us celebrate this landmark of our past while looking forward to new music and an even brighter future.

The shrewd, completist bootlegger will always remember 6/30/2011 as the day that we debuted the album Days live in its entirety at 285 Kent in Williamsburg, Brooklyn. Back then Domino Park, across the street, was still a dilapidated sugar warehouse, and our unreleased sophomore album didn’t yet have a name. Real heads (or as we like to call them, “agents”) might also recall that this show was a release party for the new 33 1/3 book recounting the history of Television’s Marquee Moon. Somewhere in the introduction to that volume author Bryan Waterman declared that even though the song “Days” was on Television’s often overlooked second record, it provided a blueprint for all of the melodic guitar-based indie rock that would soon follow in its wake.

We were of course huge fans of that tune, this was in fact our second record, and we saw ourselves humbly as the torchbearers of that tradition. So the story goes like this — we were on tour, sitting in our fire engine red Dodge Ram 2500 somewhere along the I-95 when someone in the band read that sentence aloud, and said, “why don’t we call the album Days?” As I recall, nobody loved it, but more importantly, nobody hated it and it stuck. It’s true, this now decade-old album is named after this fantastic, underappreciated Television tune, which was a joy for us to cover and record for you after all these years.

Below, check out Real Estate’s Television cover and tour dates, including their Days anniversary shows.