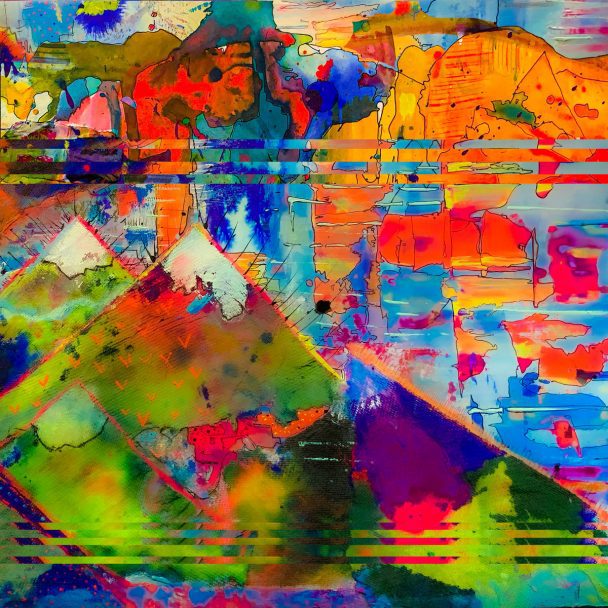 Back in April, Bon Iver released a truly spectacular new song called “PDLIF,” which stood for Please Don’t Live In Fear. The song was built on a sample from “Visit Croatia,” the title track from a new EP by “bandleader, composer, saxophonist, activist and orator Angus Fairbairn,” aka Alabaster dePlume. That EP is out now and well worth your time. (So is the Bon Iver song, which was overshadowed by Fiona Apple’s album on its day of release but is genuinely something special.)

A native of Manchester and a resident of London creative hub Total Refreshment Centre, dePlume specializes in a form of music drawing heavily from folk, jazz, and classical traditions. It’s captivating and immersive stuff, deeply moody and melodic but with an exploratory flair. “Visit Croatia” was originally the opening track on this year’s dePlume album To Cy & Lee: Instrumentals Vol. 1; per a recent Quietus feature, Cy and Lee are “two men with learning difficulties who DePlume befriended before he moved to London, during his time working for the Manchester-based charity Ordinary Lifestyles, and with whom he composed music as part of their work together.”

Now “Visit Croatia” has been repackaged with two similarly appealing new instrumentals called “Black Drifts” and “The Good Wine.” In a statement accompanying the new EP, he writes, “One day, I realized I was waiting for someone to give me permission to make this. And at the same time, I realized — no-one could ever give me permission to make this. Not because they thought it was a bad thing. But because they didn’t know what it was. I can’t give you permission to do your awesome s**t. But someone else on this earth can. And I don’t mean Cy & Lee, and I don’t mean Bernie Sanders, and I don’t mean Karen either.”

Stream the Visit Croatia EP below.

Visit Croatia is out now on International Anthem. Purchase it here.