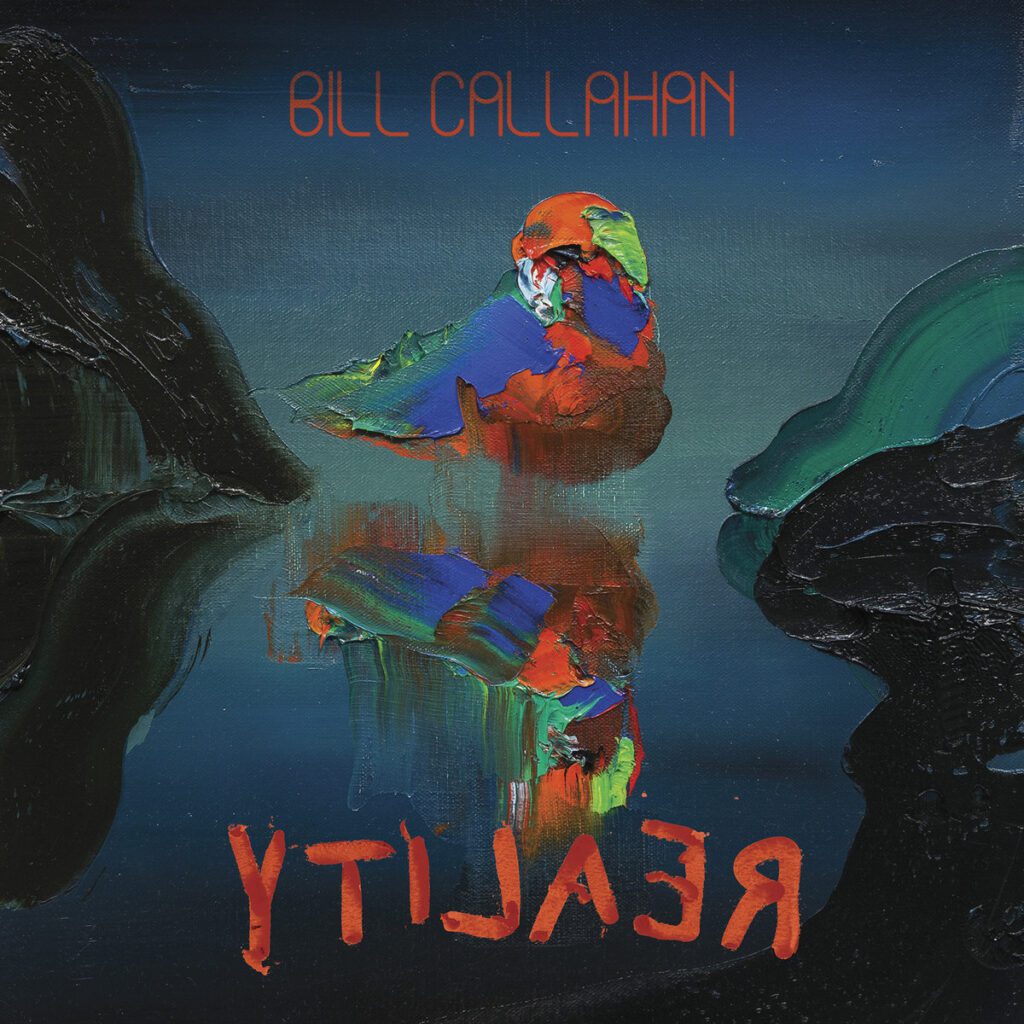 In this fucked-up world, one blessing we can all be grateful for is that Bill Callahan seems to be once more kicking out albums at a steady clip. Callahan went seven years between LPs at one point there, but he’s back today with his third in four years.

My first impression of YTI⅃AƎЯ, a title I have to copy and paste every time I type it, was: Yep, that’s a Bill Callahan album! It did not overwhelm me like Shepherd In A Sheepskin Vest, entrance me like Gold Record, or amuse me like his many covers with Bonnie ‘Prince’ Billy — it just put me in a warm, surreal, vaguely discomfiting Callahan comfort zone. On subsequent listens, the album has revealed brilliant new wrinkles; I’m not sure he’s treading any new ground here, but he remains a powerful, singular, occasionally bewildering songwriter whose every release can be considered an essential.

On YTI⅃AƎЯ, Callahan and his crack bandmates roam around the sonic environment he’s spent so much of his solo career carving out, a realm that distills rock, folk, blues, jazz, country, pop, noise, and more into something like an eerily barren Western landscape haunted by spirits and tumbleweeds. It’s music that feels dug up from the soil but also loosely supernatural, with a contemplative quality that exists in tension with the slippery unknowability of Callahan’s baritone. As for the content, I haven’t yet gotten the chance to dig deep and process it all, so rather than my half-baked musings in a fired-off blog post, you’d be well served to revisit Callahan’s statement from the album announcement:

I wanted to make a record that addressed or reflected the current climate. It felt like it was necessary to rouse people — rouse their love, their kindness, their anger, rouse anything in them. Get their senses working again. I guess there was already plenty of anger! But we needed a better anger. To get out of this hypnagogic state. Hypnagogic rage. Disassociated rage that destroys the community and leaves only the individual eating themselves alive instead of feeding others. We were born to feed others. We have milk, breasts. We have language, tongues. We have music, ears. All to feed.

At the time it felt like we were coming out of something, getting clear of it. So I was picturing songs that would make sense to take before an audience at this crucial juncture — venturing out — where things could go either way. A reintroduction to the basics of life. Of human interaction. Face to face. A new clear vision. A new way. Which is probably just an old way we’d abandoned somewhere back there as we retreated into our screened, blindered existence.

Sometimes you forget the most basic things. The biggest things! And it just takes a little nudge to get your head back on track. I wanted sounds and words that made you feel and that lifted you up. But first there was a need to bond, to clear the air. Or to just acknowledge the air. So there is some of that on the record. I went for horns because horns are heralds, triumphs, second line funerals and just breath forced through a metal maze or amusement park slide. And I wanted voices, I wanted multiple voices, not just mine. There is too much of just mine right now. So there are 6 or 7 people singing on this record.

Listening to this record takes one hour. Ah hour sounds like a year to me these days. Taking an hour of someone’s life. I fault the internet. I fault ourselves for falling for the internet. An hour is actually lovely, nothing, a lifetime. You have to live that lifetime though in order to appreciate the hour. I’m not suggesting people must listen to this record all the way through in one sitting. It IS sequenced for that particular purpose, though, in case anyone wants to.

Below, spend an hour with YTI⅃AƎЯ.

YTI⅃AƎЯ is out now on Drag City.