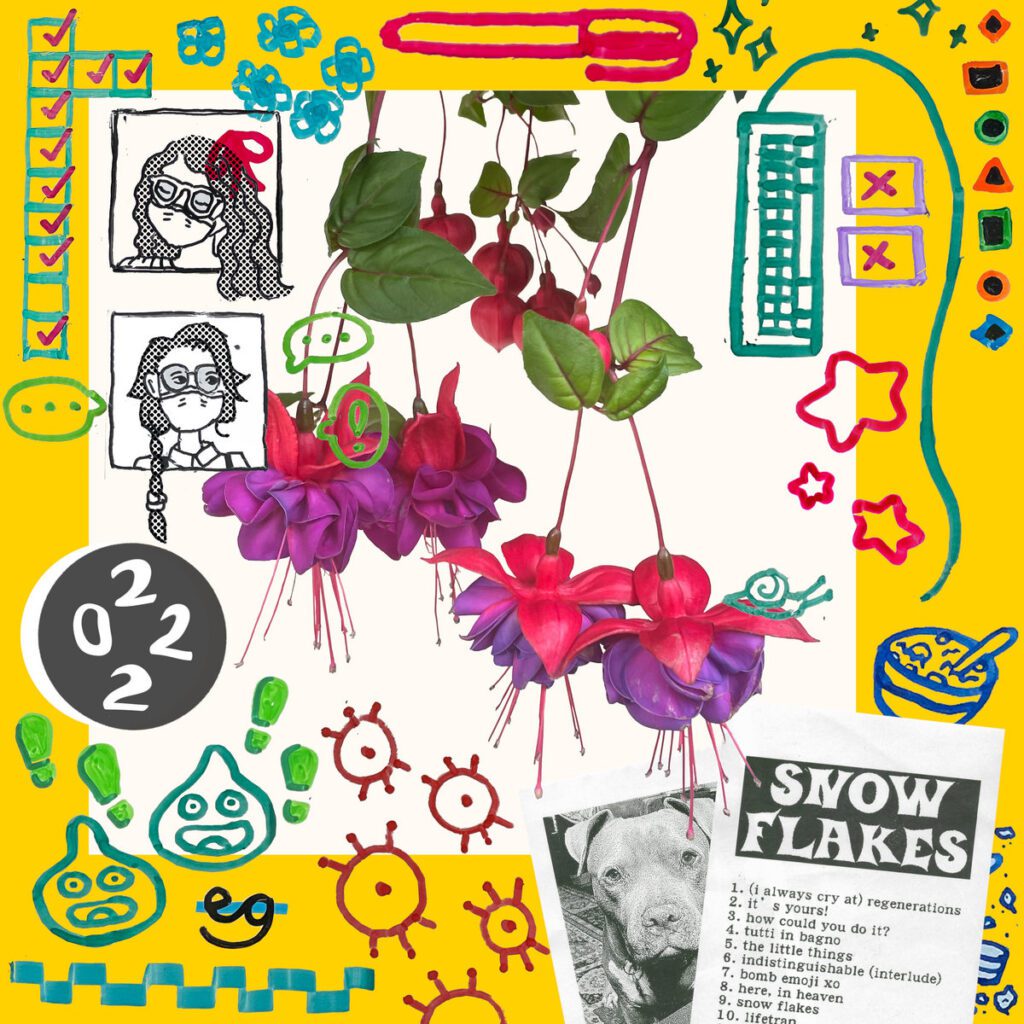 Last year, Jaime Brooks revived her Elite Gymnastics project and performed under the name for the first time in 9 years as part of a virtual fundraiser. At the time, Brooks said that she was working on a proper Elite Gymnastics debut album, and that she was in the process of reworking older songs, many of which were made during the wild west days of sampling MP3s.

“I am currently working on the first Elite Gymnastics album,” Brooks wrote in a Tumblr post last year, continuing:

If you were following my stuff as Default Genders, you may have noticed me posting demos on my SoundCloud page from 2015-2018 that were all eventually reworked into the album MAIN POP GIRL 2019. The album I am making is taking that approach to all the old EG songs, including some unreleased stuff. I’m collaborating with others on some songs and I honestly feel like it has resulted in some of the best and most exciting music I have ever been involved with. It is a drastic reinvention, but iteration and reinvention have always been a big part of what I do. I want to make something that feels like the culmination of everything that came before, and so far, I think I’m succeeding.

Today, Brooks has released Elite Gymnastics’ “debut” album. It’s called snow flakes 2022 and it does indeed feature new versions of many Elite Gymnastics songs that came out during the group’s heyday between 2009 and 2013: “Here In Heaven,” “Andreja 4-Ever” (here called “Chloe 4-Ever,” after featured guest Chloe Hotline), “Omamori” (here known as “Omamori Piano Fantasy” and featuring Conrad Tao). It’s a fascinating way to revisit and recontexualize many of these tracks.

Per the album’s Bandcamp notes, Elite Gymnastics is now made up of Brooks and Viri Char and, as mentioned, the album includes contributions from Conrad Tao and Chloe Hotline. Check it out below.