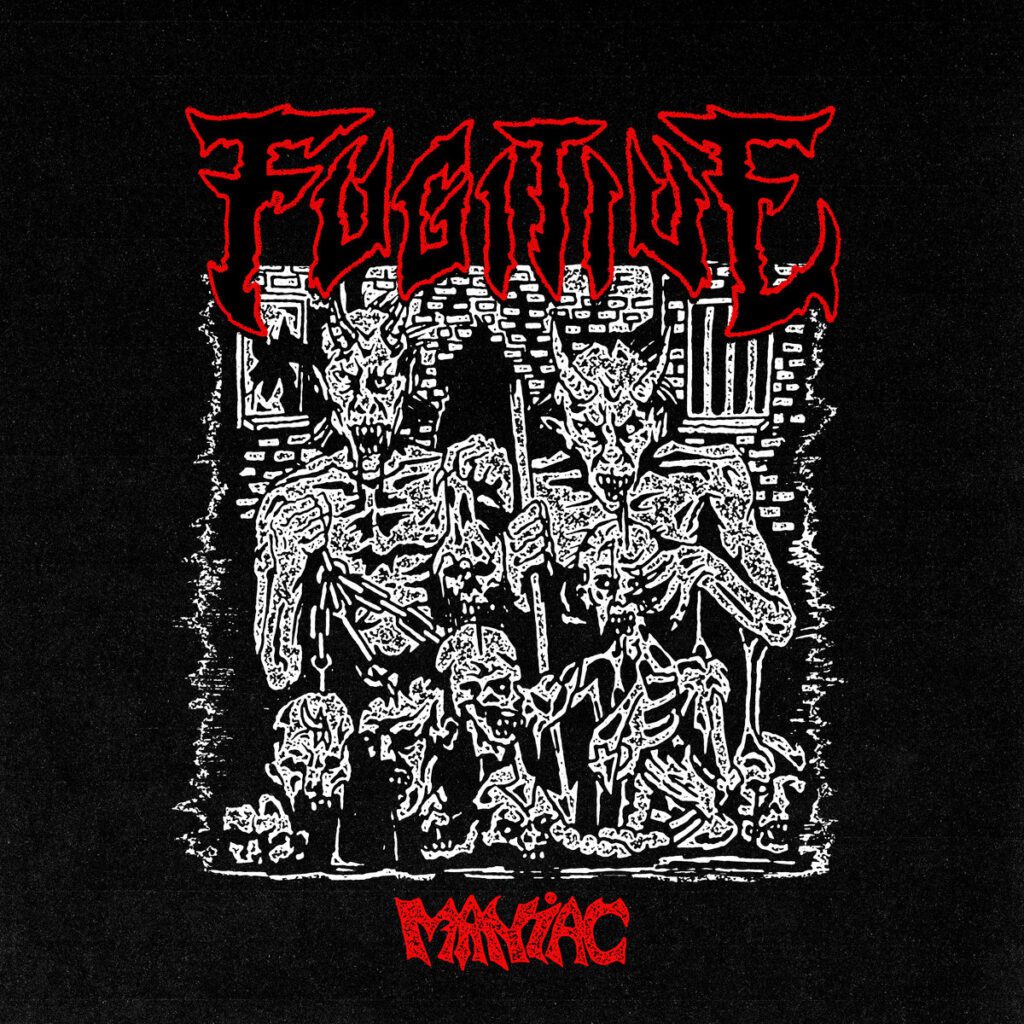 Before today, Texan shredder Blake Ibanez hadn’t played on a record since Power Trip released their classic sophomore album Nightmare Logic in 2017. Last year, Ibanez and other Power Trip members paid tribute to late frontman Riley Gale by playing “Executioner’s Tax (Swing Of The Axe)” with members of Obituary on a webcast. Today, Ibanez has launched his new band Fugitive and released a total monster of a debut EP.

Fugitive’s new EP Maniac doesn’t sound exactly like Power Trip, but you can definitely hear that it comes from the guy behind so many of those skull-crushing Power Trip riffs. Ibanez formed Fugitive with current and past members of other Texan hardcore and metal bands like Skourge, Impalers, and Creeping Death. Ibanez produced Fugitive, and he wrote four of the five songs. (The other is a cover of Bathory’s 1984 classic “Raise The Dead.”) On Maniac, Fugitive go for a massive, supremely fun metal-punk style, bringing a very physical hardcore presence to their take on classic thrash. Stream the EP below.

Fugitive’s Maniac EP is out now, and you can get it at Bandcamp. Also, Fugitive will play alongside bands like Municipal Waste, Frozen Soul, and Creeping Death at this weekend’s Wrecking Ball festival in Dallas.