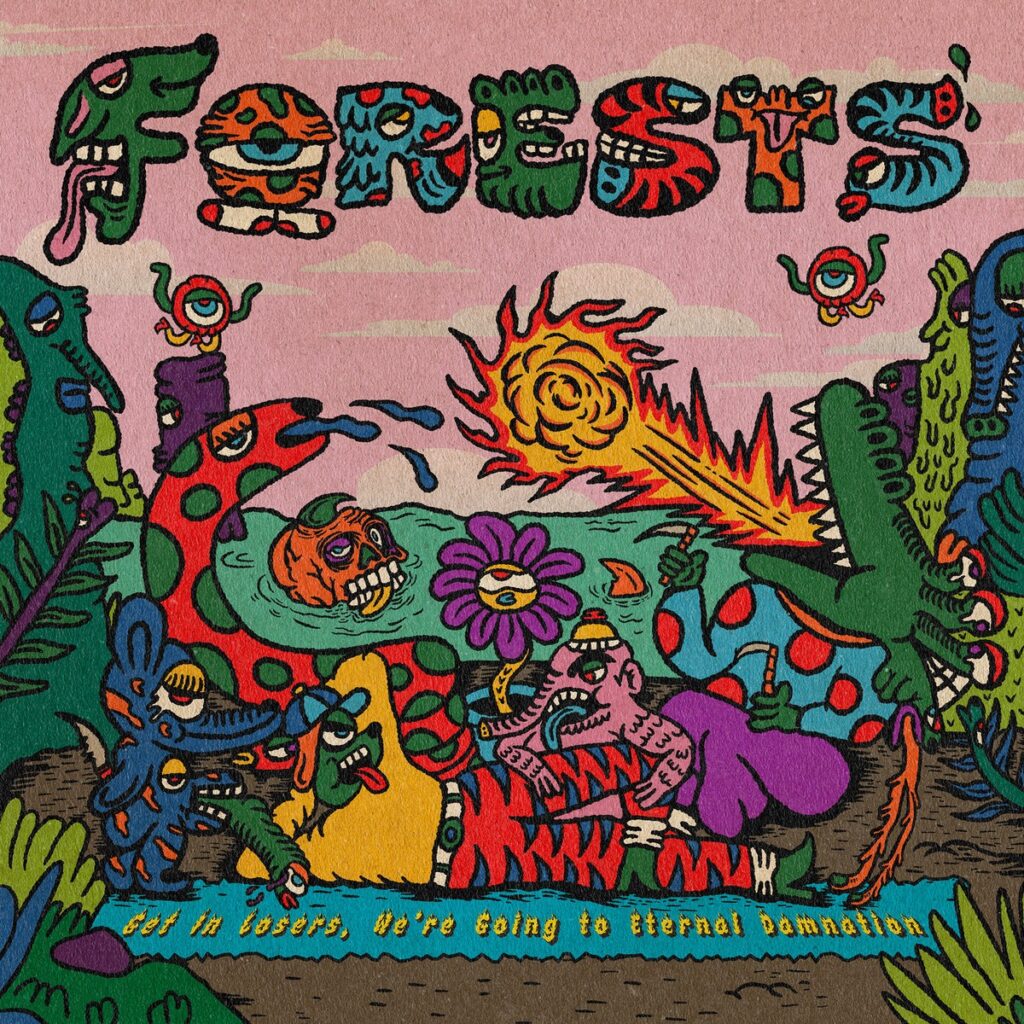 Forests are a reminder that emo can be party music. The ridiculously fun Singapore-based trio deals in hooky, high-energy, riff-heavy rock songs built for shouting along at egregious volumes. Yet there’s also a metaphysical streak intermingled with the rowdy camaraderie, as observed through Forests’ album titles. Today they’re following up 2019’s Spending Eternity In A Japanese Convenience Store with a new LP called Get In Losers, We’re Going To Eternal Damnation.

Nomenclature like that suggests you’re in for a good time. So do song titles like “Resting Peach Face,” “Jazz Ruined My Life,” and “Yoko Oh No.” Get In Losers delivers on that promise. Forests usually sound like they were fired out of a cannon, and their extreme virtuosity never fails to serve the songs. There’s some mathy, noodly guitar action, some batshit ballistic drumming, lots of lung-busting wails. They chug, they churn, and sometimes they even jangle. And when they diverge from octopus-armed party-monster freakouts near the end — when “Godspeedbaby!” dabbles in drum machines and slower tempos while going on about star-crossed lovers, when the acoustic “Value Dollar Fire Sale” builds to a campfire shout-along, “You know it doesn’t make any dollars and sense, baby!” — they exude that same infectious energy.

Put simply, Forests made one of the most instantly enjoyable albums I’ve heard this year. Get in losers:

Get In Losers, We’re Going To Eternal Damnation will eventually be released on vinyl through Dog Knights.