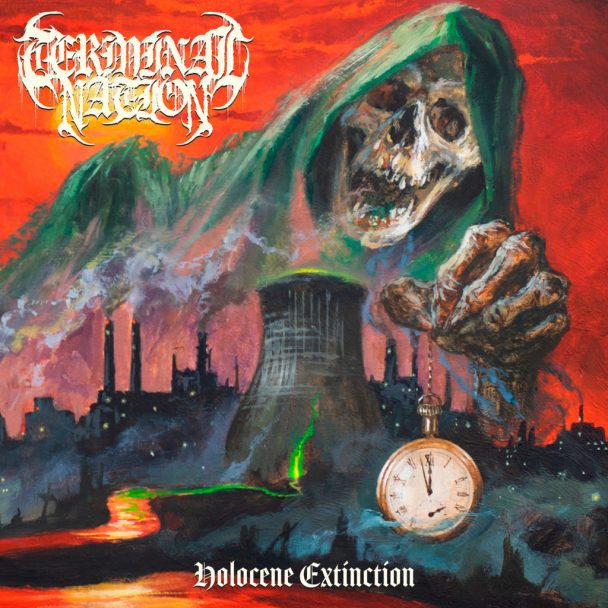 The Arkansas band Terminal Nation make some brutally heavy and intense music. Terminal Nation have been releasing music since 2014, and they’ve left behind a bloody trail of grimy, nasty EPs. Listening back through their Bandcamp, you can hear a whole aesthetic evolution at work, as the band has moved from short, fast bursts of grindcore and powerviolence on their early records to the focused, tectonic boom that they make today. But they’ve done all this without releasing an album. Today, Terminal Nation finally release Holocene Extinction, their first LP.

You have probably already figured this out, but Holocene Extinction has nothing to do with Bon Iver. Instead, the band makes the same kind of apocalyptic, warlike sounds as Xibalba — that massive, roaring thing where you can’t tell where the hardcore ends and where the death metal ends. The album is a little long, but it never loses its sledgehammer impact, and the first couple of tracks are just absurdly satisfying. Check out the LP below.

Holocene Extinction is out now on 20 Buck Spin.