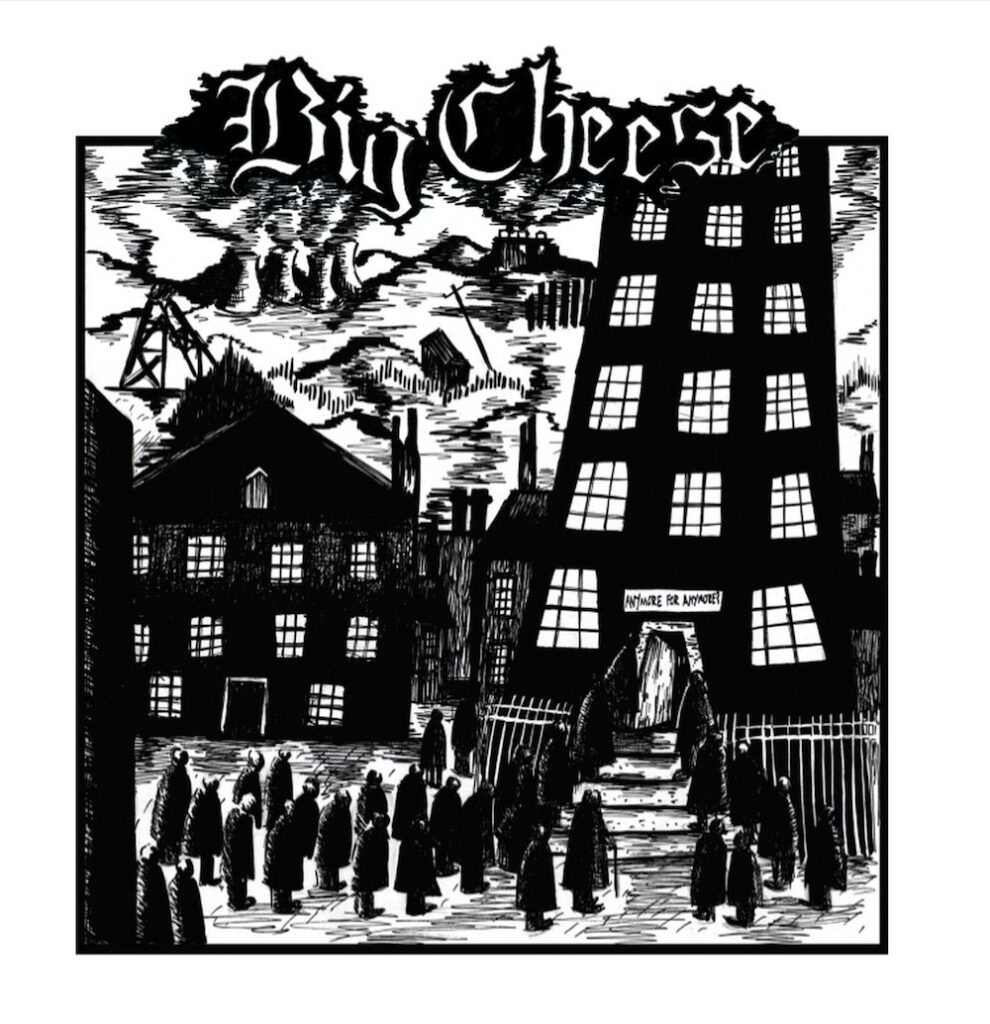 If you’re at all interested in all the new punk and hardcore coming out of the UK right now — and you should be — then today is a good day. First, the Chisel announced the impending release of their debut LP Retaliation, and now we’ve got three new songs from motherfucking Big Cheese.

Big Cheese are a Leeds band who play a ferocious take on old-school New York hardcore. There’s a whole lot of Cro-Mags and Killing Time in the band’s sound, but they make it sound urgent and immediate, not like some revivalist thing. On top of that, Big Cheese features members of bands like Higher Power and Chubby And The Gang, and they have a frontman called Razor Hardwick, which is probably the best name for a UK hardcore frontman that I could possibly ever imagine. Big Cheese’s 2020 LP Punishment Park was one of the best hardcore albums I heard last year, and their new EP Anymore For Anymore? is another ass-kicker.

Anymore For Anymore? is only only three tracks long, and one of those tracks is “Discrown,” which came out at the end of last year. But the EP absolutely stomps ass regardless. The evil laughter right before the breakdown on “The People’s War” might make you feel like you could open a portal in the sky. Stream the new self-released EP below.