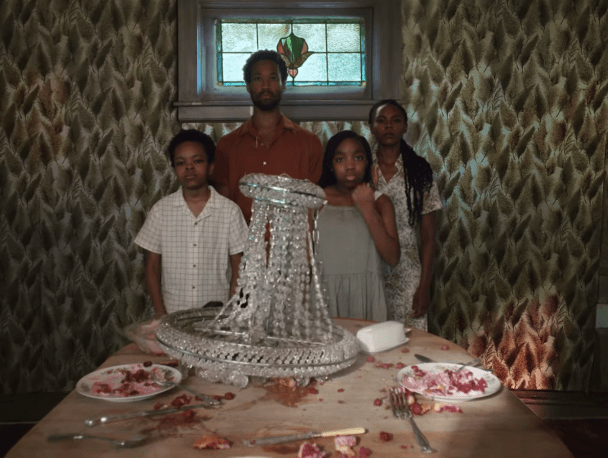 It’s been more than five years since Sufjan Stevens released his last proper solo album, the hushed and ghostly acoustic lament Carrie & Lowell. That drought will end next week with the release of a lengthy and electronically inclined new opus called The Ascension. Sufjan has already shared two songs from the project, the doleful epic “America” and the shorter, brighter, but no less disaffected “Video Game.” And now we hear a third advance track called “Sugar.”

This one’s another soft electronic banger. After several minutes of instrumental introduction, Sufjan’s voice emerges to whisper-sigh, “Come on baby, cut me some slack/ Now that it’s a quarter to 10/ Come on baby, give me some sugar.” Over the course of seven and a half minutes, the track builds intensity, piling on layers of vocals as the arrangement grows more chaotic.

“Sugar” arrives with a dance-heavy music video that seems to tell an ominous story about a Black family. Watch below, where you can also find the full-length audio.

The Ascension is out 9/25 on Asthmatic Kitty.