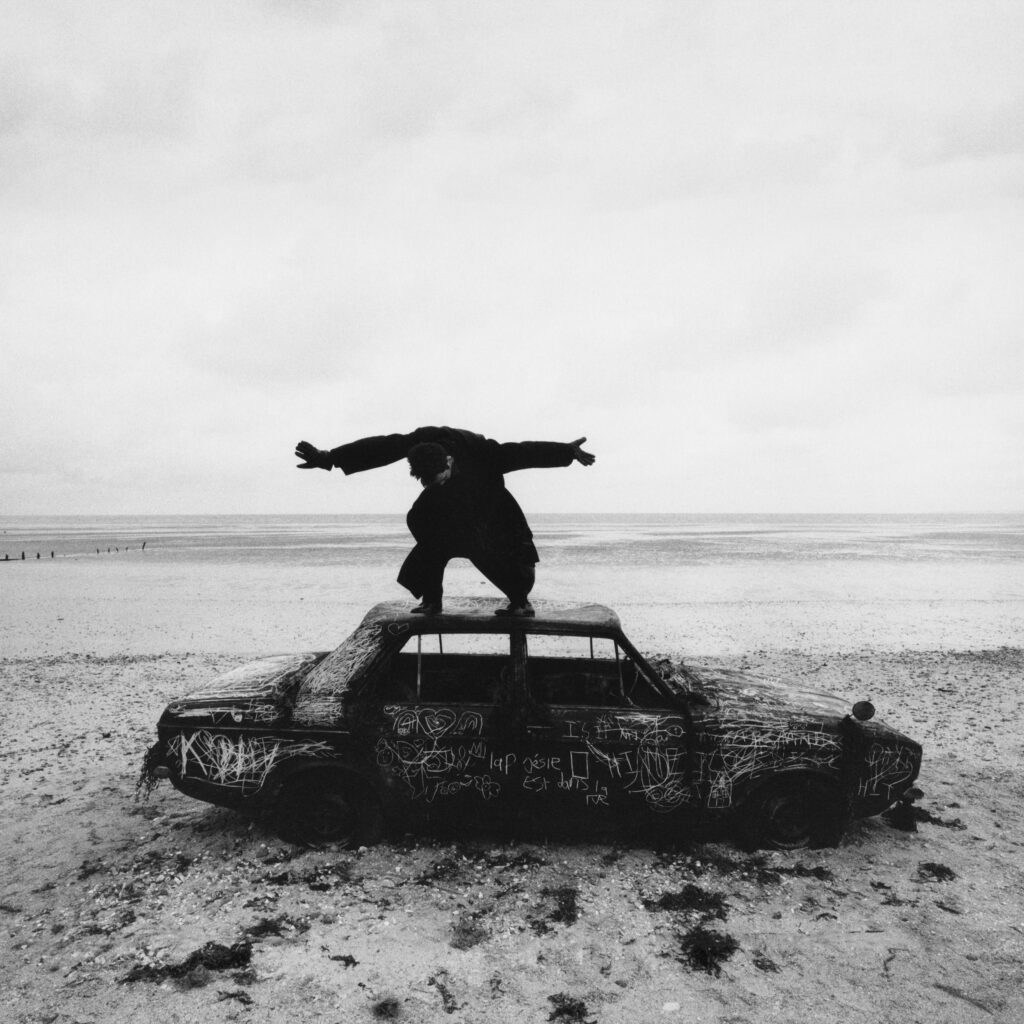 The 1975 have been in extreme teaser mode in recent weeks, officially announcing the start of a new era and hyping it up with billboards and postcards mailed to fans. After targeting today as a key date in their grand return, they revealed that their new album will be called Being Funny In A Foreign Language and shared its tracklist as well as the lyrics for lead single “Part Of The Band.” Today, right on time, that song is here along with more information on the new LP.

First of all, that image up top, which has already appeared on social media in recent weeks, is the new album cover. We also have a release date: Oct. 14. (What, you thought you were going to get a quick 1975 rollout this time?) And yes, we have music too. As one astute commenter points out, “Part Of The Band” was co-produced by Jack Antonoff along with Healy and bandmate George Daniel. It also features some vocals from Japanese Breakfast’s Michelle Zauner, who calls the 1975 her favorite band. The song does indeed feature terms like “ejaculation,” “ironically woke,” “my cancellation,” and “Vaccinista,” as well as the already infamous line, “I like my men like I like my coffee – full of soy milk and so sweet it won’t offend anybody whilst staining the pages of The Nation.” But as on so many other 1975 songs, Matty Healy weaves his more outlandish words into the music so smoothly that you might not even notice how many buttons he’s pushing.

This is sort of a twilit sophistipop tune, with the central string motif sometimes giving way to soft, folksy indie rock in the Bon Iver vein. Healy sings the verses like he’s some George H. W. Bush-era VH1 soulful soft-rocker and the refrains like he’s Justin Vernon — not that there’s really a chorus to speak of here. (Healy also breaks out a quick Elvis affectation at one point.) In terms of parallels from 2020’s Notes On A Conditional Form, I’d cite the floaty, dreamy “The Birthday Party” and the rootsy “Roadkill,” but it’s also not quite like any 1975 song to date. Healy’s long-professed love for the Blue Nile is showing, and my (already sizable) anticipation for Being Funny In A Foreign Language is growing.

“Part Of The Band” arrives with a video by Samuel Bradley, who also shot the album art and the band’s new promo photos. Watch below.

got to sing a little on this for my fave band 🫠 https://t.co/fR0hJ5Z5UH

Being Funny In A Foreign Language is out 10/14 on Dirty Hit. Pre-order it here.