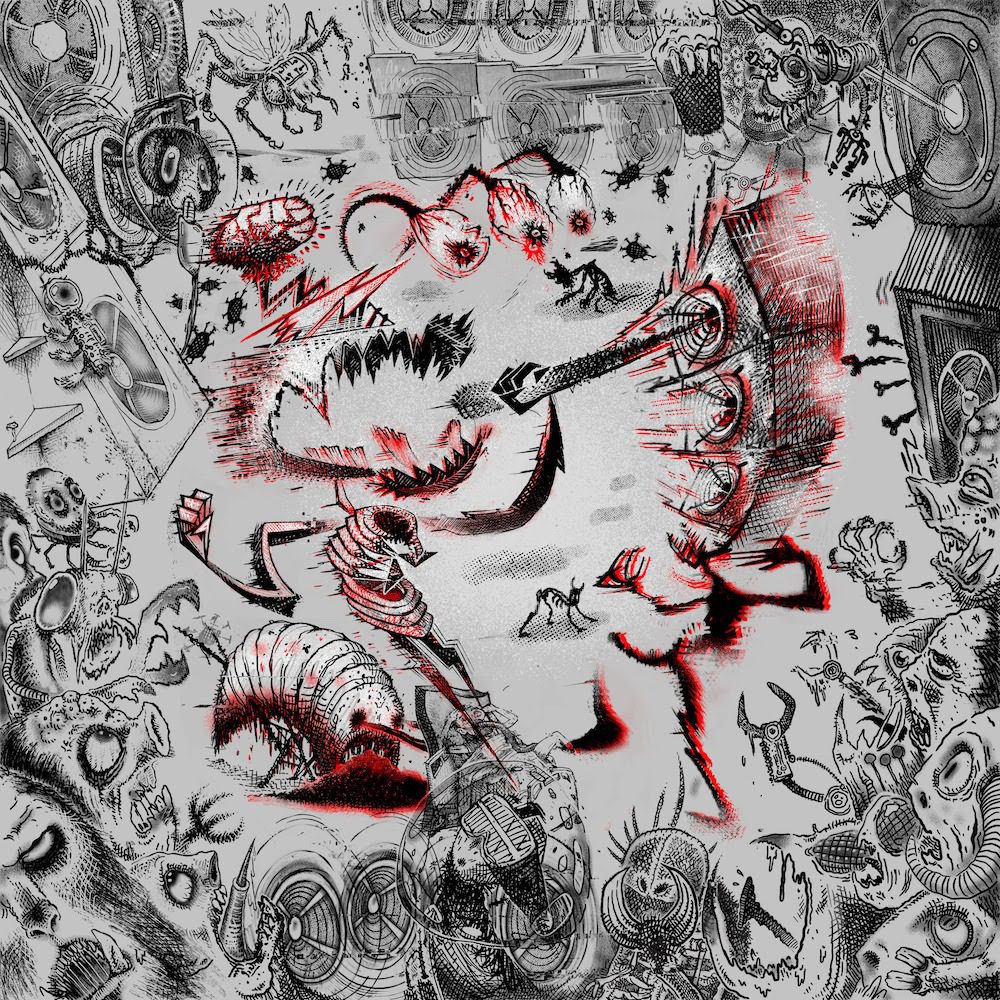 A couple months ago, Kevin Martin released his first new album as the Bug since 2014, the collab-heavy Fire. Today, he’s back with two new Bug tracks featuring Sleaford Mods frontman Jason Williamson. “Treetop” and “Stoat” are both sides of a single out now via Ninja Tune. Here’s the Bug on how the team-up came to be:

Reared on Mark E Smith and Crass, how could i not be blown away by Sleaford Mods? Since first hearing ‘Austerity Dogs’, I was smitten by Jason’s razor sharp lyricism and punk as f-ck delivery. So when we first chatted on Twitter a few years ago, casually raving about a mutual love of anti-social American hip hop, we pretty much immediately discussed the idea of a collab. And tho’ it took a few years to actually realise the concept, 2021 seems like the purrrfect time in terms of global social meltdown and the release of my album ‘Fire’. It’s been a joy to work with Jason on these tracks and we are already discussing the idea of more to follow…

“Both Stoat and Treetop tread the usual path lyrically for me, nonsense mixed in with little micro story’s of whatever. Excuses to get out frustrations and anger,” Williamson added. “I’ve been talking with Kevin for a few years now as regards doing some tunes. Matching something to The Bugs music was always on the cards, a chance to shape different vocal approaches to a certain degree which is deffo evident on Stoat I think. Love both tunes. Proper. Bang into this collab.”

“Treetop” & “Stoat” are out now via Ninja Tune.